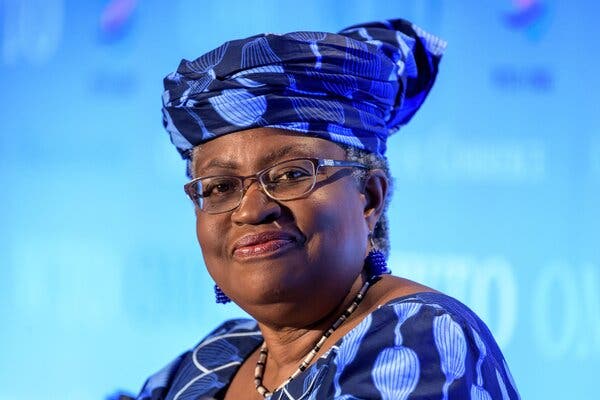 The newly-appointed director general of the World Trade Organisation (WTO), Dr Ngozi Okonjo-Iweala, has said that the organisation would get the global economy running again during her tenure.

She said this on Monday while reacting to her appointment, which takes effect from March 1, 2021.

She also expressed willingness to make the WTO stronger, adding that the organisation would adapt to “realities of today”.

She said, “I am honoured to have been selected by WTO members as WTO Director-General,” said Dr Okonjo-Iweala.

“A strong WTO is vital if we are to recover fully and rapidly from the devastation wrought by the COVID-19 pandemic.

“I look forward to working with members to shape and implement the policy responses we need to get the global economy going again. Our organization faces a great many challenges but working together we can collectively make the WTO stronger, more agile and better adapted to the realities of today.”

The former Minister of Finance was appointed as the director general of the organisation on Monday.

She is the first woman and African to hold the position.