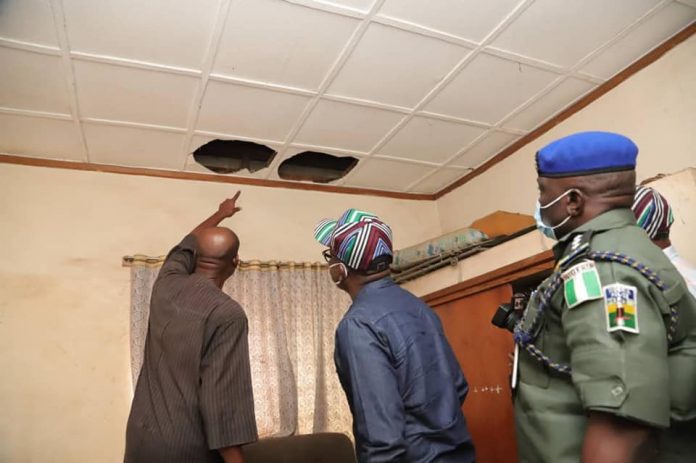 Former Benue State Commissioner of Police, CP Ibezimako Abel Aghanya has ruled out assassination in the murder of his wife, Eunice.

Recall that the businesswoman was murdered by some assailants in her Makurdi residence last Friday.

Aghanya on Monday refuted the story that his wife was killed by assassins, noting that she may have been killed by suspected robbers.

Aghanya disclosed when he received the state governor, Samuel Ortom and top officials of his cabinet at his home in Makurdi.

He explained further that his late wife must have recognised the robbers which, according to him, was a reason enough to kill her to conceal their identities.

“It was not a case of hired assasination. Somebody or some persons had broke into the house to steal, when she suddenly entered and saw the intruder(s) whom she probably recognised. So, the intruder killed her to conceal evidence. It was a broad day light robbery,” he said.

He noted that the intruders, who must have been inside the house before his wife came in at about 1:00 p.m on Friday broke into the house through the ceiling.

Aghanya, who described the death of his wife as painful also stressed the need for the Federal Government to do something about recruitment of more police officers as it was the only way to reduce criminality in the country.

Responding after being conducted round the house, Governor Ortom condemned the gruesome killing of Mrs. Eunice Aghanya, describing her as a loving and kind-hearted woman who had no controversial issue with anybody both in her business and politics. He condoled with CP Aghanya and the entire family over the loss.

The governor charged the people of Benue to be each other’s keeper while directing the vigilante group to step up their surveillance to checkmate criminal activities.

Ortom lamented that despite the promise by President Muhammadu Buhari some years back that 10,000 policemen would be recruited every year to be able to better police the over 200 million Nigerian population, nothing had been done in that regard till now.

“We must all be our brothers keepers. The population has overgrown and the number of police we have can no longer cope with the increasing number of people in a country of over 200 million with only 400,000 police. This is grossly inadequate,” he stated.

“President gave directive that every year, 10,000 police should be recruited. I, therefore, urge those who are concerned to resolve their matter because if we ever need security, it is now. With the high level of banditry, insurgency, kidnapping and so on, we need more security.

“In the interim, let us all be our brother’s keepers. When we sleep, we should be alert in our neighbourhood and promptly report any suspicious movement,” the governor added.