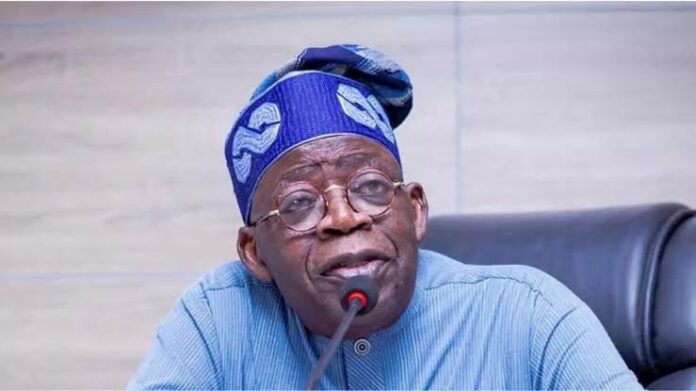 A support group for the Presidential Candidate of the Peoples Democratic Party (PDP), Atiku Abubakar, the South-West Media Outreach for Atiku Abubakar (SWMOAA), has described the recent romance and flirting by the Presidential Candidate of the All Progressives Congress (APC), Asiwaju Bola Ahmed Tinubu, with a faction of the apex pan-Yoruba socio-cultural group, Afenifere, led by Pa Reuben Fasoranti, as a scam of the century.

The group, which said this in a press release, signed by its coordinator, Kola Ilori, insisted, “What played out in Akure when Tinubu and the self-styled Yoruba leaders came visiting, and which has been adequately described in many quarters as ‘abduction of Pa Fasoranti,’ was the height of greed, desperation, selfishness and crass opportunism, which is incongruous to the ‘Omoluabi’ ethos of the Yoruba people.”

Ilori averred that it is an incontrovertible fact that Tinubu never recognized Pa Fasoranti as the leader of Afenifere. Rather, it was Chief Ayo Fasanmi that Tinubu and his party’s governors coveted as the Afenifere leader.

The question now is: “How does Tinubu’s opportunistic presidential ambition translates to be in the best interest of the Yoruba people in the contextual Nigeria situation of today?”

The group, made up of erudite journalists, both serving and retired said that Tinubu’s much touted “lifelong ambition” to be Nigeria’s President at all cost, is anachronistic to Yoruba’s existential wellbeing, as variously expressed by different Yoruba interest groups, both at home and in the diaspora.

It said, “It would be injurious and misleading to paint the Yoruba people as tribalists, and people of low esteem, which betrays the ‘Omoluabi’ ethos of strong character and integrity, for any faction of Afenifere to ever think of endorsing Tinubu, despite his deep character flaws, if not for pecuniary interest.

“Against the cacophony of the so-called Yoruba leaders at the Akure ambush, the articulate Yoruba people know and recognize their true leaders in all situations, as they are known not to be swayed by undue materialism and filthy lucre.

“It is too early to forget all Tinubu did to destroy the Alliance for Democracy (AD), post 1999. We ask: Who created and funded the Afenifere Renewal Group? Yoruba people know that there is limit to any act of shenanigans.”

Ilori added that Tinubu’s antecedents are well documented and advertised among the Yoruba people that they could not be hoodwinked by anyone, group or the latter day self-styled Yoruba leaders to be railroaded to supporting a particular candidate, whose only credible credential is being a Yoruba man.

He asked, “In all honesty, how do you market a man whose totality is a mischievous mix of political intellect, without integrity and conscience?”