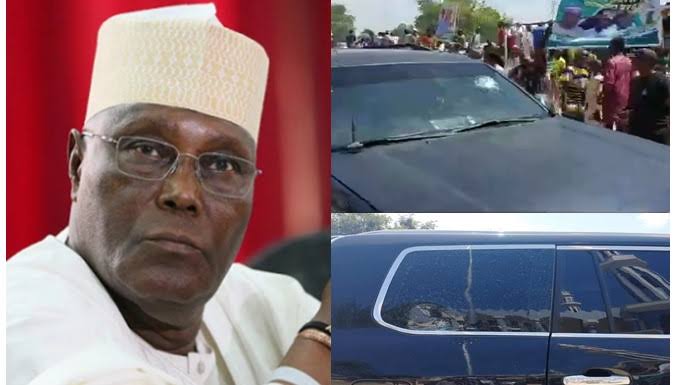 At least 74 persons were hospitalised while several vehicles were vandalised as hoodlums attacked the convoy of the Peoples Democratic Party (PDP), Presidential candidate, Alhaji Atiku Abubakar in Maiduguri.

The PDP Spokesperson, Dino Melaye disclosed this during the party’s rally in Maiduguri, saying that the act was to try to stop their campaign in the state by deploying thugs to attack them.

He said “They deployed their thugs to attack our convoys with stones, sticks, and machetes as we left the Shehu’s Palace to come to the Ramat Square, all in an attempt to stop our rally.

He lamented that the thugs were deployed in many strategic locations to attack our supporters.

“But we want to assure them that nobody can stop us.

It was gathered that more than 10 vehicles were vandalised by the thugs around the axis of Bulumkutu.