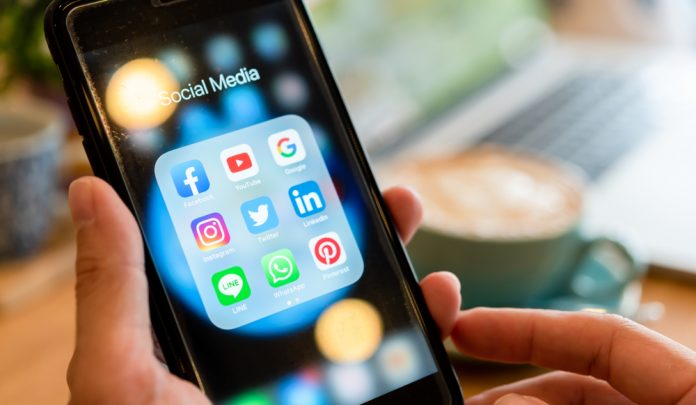 Public discourse appears to be deteriorating at an alarming rate. In an era of politics and social media that includes fake news and disinformation campaigns, it can be difficult to separate the truth from fiction. Going through several news reports especially on social media, I discovered how one small falsehood can spread to the highest level and degenerate into crisis.

The goal of science is to research, understand, and explain the world and the way it works as far as the existing scientific methods will allow. Science seeks truths and knowledge about nature, social conditions, humanity, and technology.

The self-declared goal of science does not fall far from that of journalism. According to the principles stated in the Project for Excellence in Journalism, the primary obligation of journalism is to the truth, but not in an absolute sense. This journalistic truth is a process that begins with the professional discipline of assembling and verifying facts. Then journalists try to convey a fair and reliable account of their meaning, valid for now, subject to further investigation. Journalists should be as transparent as possible about sources and methods so audiences can make their own assessment of the information.

The world is constantly evolving, and new information may come forth, and thus journalistic truth, just like scientific truth, is tentative. Journalism has to be as transparent as possible when it comes to sources and methods making it possible for readers to make up their own minds about their views and the correctness of the information put in front of them.

Journalism should also be careful to avoid bubble formation and always keep news in proportion but not leave out important details. Journalist’s Resource notes that “Journalism is a form of cartography: it creates a map for citizens to navigate society. Inflating events for sensation, neglecting others, stereotyping or being disproportionately negative all make a less reliable map.” Sensationalism and poor journalism, as well as pseudoscience, put the reliability of the map under pressure and complicate navigation.

It is what it is, as Robert De Niro says in Heat. The world is what it is. But our interpretations may vary severely as a function of political stances, ideological underpinnings, cultural imprimatur, religious convictions, and so forth. This is not tantamount to saying that there are no such things as facts and truth out there, but we may not have always found them yet.

That’s the reason why we keep asking questions in journalism and science. The world is recalcitrant ever so often; sometimes it doesn’t reveal its secrets to us right away, if ever; other times we ask the wrong questions; sometimes facts catch up with us in surprising ways, forcing us to admit we were initially wrong politically, religiously, journalistically, or scientifically. We are forced to change our minds even if we thought we were right at the outset. It’s annoying, but we become wiser on the way. It is what it is.

Being informed about something requires having correct, factual information about the subject. The opposite is not to be uninformed but to be misinformed. If you are uninformed about something, you do not necessarily have a belief about what the facts are. You may, like Socrates, at least know that you know nothing. If on the other hand you are misinformed, you have factually false convictions that you believe to be true.

Misinformation misleads citizens, politicians, and journalists. One may misinform others unintentionally by passing on information that is believed to be true but which turns out to be false. If, on the other hand, the misinformation is intended (as hard as that may be to assess or prove), it is disinformation.

This leads us to fact checking. How effective is fact checking in countervailing “alternative facts,” i.e., misleading statements by politicians? In a randomized online experiment during the 2019 presidential election campaign, we subjected subgroups of 2480 Nigerian voters to alternative facts by the extreme-right candidate, Muhammadu Buhari, and/or corresponding facts about the ethnic/religious crisis from official sources.

We find that: (i) alternative facts are highly persuasive; (ii) fact-checking improves factual knowledge of voters (iii) but it does not affect policy conclusions or support for the candidate; (iv) exposure to facts alone does not decrease support for the candidate, even though voters update their knowledge. We find evidence consistent with the view that at least part of the effect can be explained by the rising salience of the bigotry issue.

Experts are evenly split on whether the coming decade will see a reduction in false and misleading narratives online. Some us are worried about future of the truth.

Pastor Olakunle Yusuf, Lead Consultant, Above Media. He can be reached via 08023423396 or email: kunleabove@gmail.com. 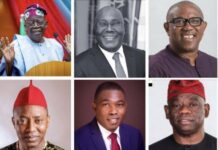 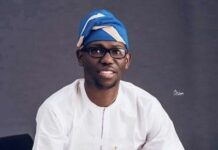 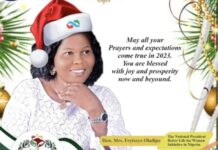 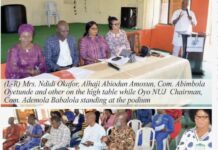 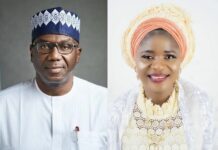 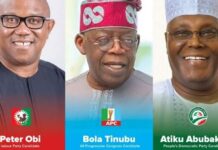