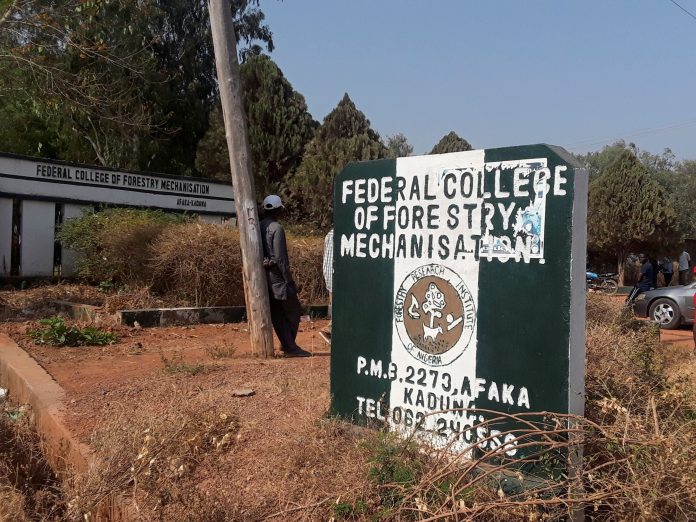 Gunmen suspected to be kidnappers have attacked the Federal College of Forestry in Kaduna State, abducting several students.

The college is located few metres away from the Nigerian Defence Academy in the Mando area of Kaduna State.

Confirming the incident, the spokesman of the Kaduna State Police Command, Mohammed Jalige told  Channels Television that the attackers invaded the college located at Mando area in the outskirts of Kaduna metropolis at about 3 am on Friday and abducted some students.

He however said that the exact number of students abducted is uncertain.

He explained that security operatives were mobilized to the college upon hearing about the attack and were able to secure the remaining students.

The spokesman also said that investigation is ongoing to ascertain the actual number of students that were abducted with a view to track down the gunmen and rescue the victims.

Speaking to Channels Television in Pidgin, the mother of one of the kidnapped students, Angelina Babale, said her daughter, Blessing was among the students held in captivity.

She said she became worried after repeatedly dialling her daughter’s telephone number who unfortunately didn’t pick up the call.

While noting that she heard of the abduction from passers-by, the parent called on the government and security agencies to speedily secure the release of her daughter and other abducted students.

Also, on his part, the Kaduna State governor El-Rufai had ruled out the possibility of his administration to negotiate or grant amnesty to bandits.