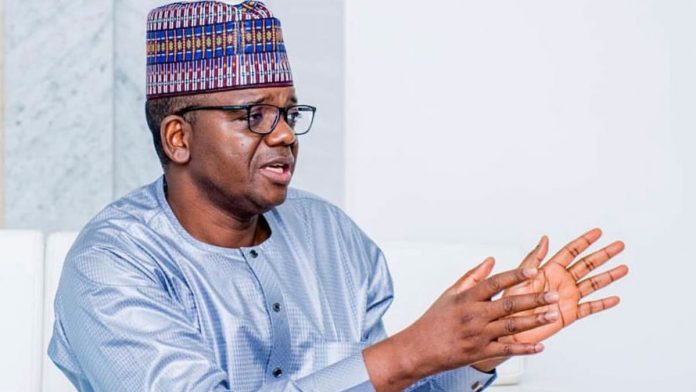 The Zamfara State governor, Dr Bello Matawalle has reshuffled his cabinet with the redeployment of three commissioners and assigning portfolio to two other newly inaugurated commissioners who took the oath of office at council chamber, Gusau.

In a statement signed by the Secretary to the State Government (SSG), Alhaji Bala Bello Mary, said the reshuffled cabinet is with immediate effect, Channels television reports.

According to the statement, the minor reshuffled affecting five ministries and the assigning commissioners include the two newly inaugurated Commissioners Abdullahi Mohammed Gurbin Bore and Aliyu Mohammed E.S who were assigned and deployed to the Ministries of Higher Education and Education respectively.

Similarly, Matawalle has also approved the submission of two nominees for the position of Honourable commissioners to the state House of Assembly for confirmation and they are Hajiya Faika Mohammed Ahmed and Honourable Abu Makau.

In a similar development, the state government has approved the submission of two nominees for the position of Sole Administrators to the state House of Assembly for confirmation.

The two nominees are Abubakar Shehu Daki Takwas and Dr. Aminu Suleiman Yarkofoji, while the affairs of Bakura and Gummi local government councils are to be handled by their respective local government secretaries until further notice.

The governor has also upgraded the Directorate of Humanitarian Affairs and Disaster Management to a full-fledged Ministry.