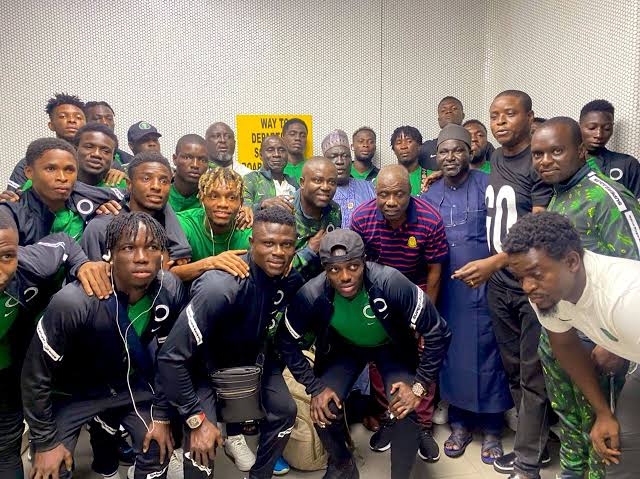 Nigeria National U-23 Men’s team had a feel of Benjamin Mpaka Stadium, Dar es Salaam as the team finalised preparations ahead of the encounter with Tanzania on Saturday.

The Olympic Eagles are lodged at Tiffany Diamond Hotel in Dar-es-Salaam Metropolis.

Meanwhile, Nigeria High Commissioner to Tanzania, Ambassador Hamisu Umar Takalmawa has charged the Olympic Eagles to aim for victory in the match.
Ambassador Takalmawa made the call shortly before the team’s training session at the Benjamin Mpaka Stadium, Dar-es-Salaam on Friday evening.

Takalmawa further added that despite the 60 year old Nigeria/Tanzania bilateral relationship, the Olympic Eagles should do the needful by ensuring they beat their Tanzanian counterparts on Saturday.