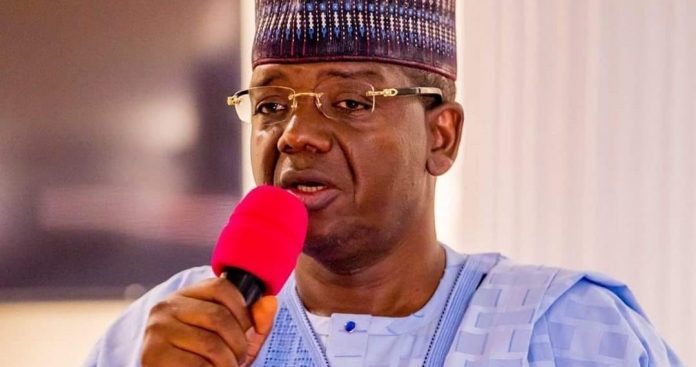 Zamfara State governor, Bello Matawalle has released N400 million as bursary allowance for Zamfara students in tertiary institutions within and outside the country.

This was disclosed in a statement issued on Sunday, in Gusau where it was noted that the governor had also settled the tuition fees of students from the state studying in Sudan, India, and Cyprus.

The statement, signed by the governor’s Press Secretary, Jamilu Iliyasu, said Matawalle made the disclosure when he hosted leaders of the National Union of Zamfara State Students to the breaking of the Ramadan fast on Saturday night.

The governor who donated a brand new 18-seater bus to the union said the funds were released in April.

Matawalle expressed his administration’s commitment to students’ welfare and the growth and development of education in the state.

He explained that N186 million was released to Sudan International University for the 67 students studying medical and other health courses.

Additionally, over N24 million was released for 23 students of engineering and allied courses at Sharda University, India, he added.

The governor also said over N56 million for the tuition fees of pharmacy and engineering students at Cyprus International University had been released.

Matawalle said the government has been paying the debt owed WAEC and NECO, for the release of the SSCE results of the affected secondary school leavers, to enable them further their education.

He added that the government had released N7 million to the state scholarship board for the verification of over 25,000 students who applied for a scholarship grant.

Matawalle urged the students to be good ambassadors of the state wherever they find themselves in the course of their studies.

He assured that academic activities would resume at Zamfara State University, Talata-Mafara as soon as all necessary security arrangements were completed.

He urged the Federal Government to deploy more special forces personnel to secure all schools in the state.

Earlier, the National President of the union, Abubakar Tsafe, commended the governor for his support to students in the state.

He pledged the support of the union to all government policies and programmes for the development of the state.