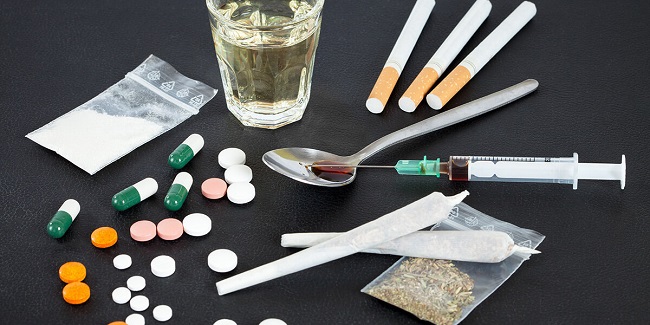 Stakeholders cutting across communities, government, and non-governmental organisations recently gathered at a one-day roundtable to deliberate on the menace of drug abuse, especially among youths, its consequences, and also proffer solutions to the cankerworm threatening to tear the society apart.

The event was organised by a Non-Governmental Organisation, Good Workers Ministry International, as part of activities to commemorate this year World Health Day, with the theme: “Building A Fairer, Healthier World’; and also commission its new 30-bed facilities for treatment for both male and female victims in Oyo State.

Dignitaries at the event include the state Commander, National Drug Law Enforcement Agency (NDLEA), Barrister Josephine Obi; Chief of Staff to Oyo State governor, Chief Lukman Ilaka, represented by the Executive Assistant to the Governor on Administration and Vocal Person for the State on Human Capacity Building, Rev. Idowu Ogedengbe; Special Assistant to the Governor on Community Relations, Hon. Femi Josiah; representatives from the ministries of Education, Health and Justice, State Action Committee on Aids (SACA), and non-governmental organisations, among others.

The NDLEA Commander, Barrister Obi, while speaking at the event, bemoaned the rate at which substance abuse is rampant among the youth in recent times, stressing that drug abuse seems to be the norm even as they have taken it as another way of having fun through organisation of drug parties and other illicit activities.

She added that the resultant effect is that those that are taking drugs have become useless to themselves, their families, and a nuisance to society because they have to commit the crime in order to sustain the habit.

Barr. Josephine urged members of society to stop placing money over morality, a development she said has contributed to the proliferation of drug peddling in society. According to her, “the truth is that the drug business is very lucrative and the society now promotes money above morals. Respect is given to people who have money without knowing where their money comes from. So drug barons are respected. Nobody talks down on them; they are giving awards and chieftaincy titles.

“So as long as that culture is there of respecting money no matter where the money comes from, the lure of getting money quickly will still be there. We’ve had doctors, nurses, politicians, respected people in society, actors, actresses, celebrities, and all manner of professionals arrested with drugs. Why? Because they just want the money so that the society will hold them in high esteem.”

She hinted that since everybody is being affected by the activities of drug peddlers and users, it behooves society to stop giving recognition to whoever that his or her source of wealth is questionable in order to reduce the number of people engaged in the illicit drug business.

She then enjoined all stakeholders to ensure zero tolerance for substance abuse by preaching against it at homes, offices, schools, and anywhere in the society to counter the substance use syndrome.

The Executive Assistant to the Governor on Administration, Rev. Ogedengbe, in his remarks, stressed the need for every stakeholder to be more concerned with seeking ways to stem further spread of drug dependency, drug abuse, or drug addiction since it has become a global phenomenon.

According to him, “The person that is on drugs is a potential tool for insecurity. They become somebody who is violent; they will join a cult group. So let us do all we can to make sure we rescue such a person. We must not only see it as a health issue but also as a moral issue. We should show the care for fellow brothers and sisters who are drug dependent and extend our desire to assist them.

“We are so glad that as part of the society is commissioning the facility for rehabilitation which I think is at the peak of drug dependency. We shouldn’t look forward to drug rehabilitation. We try as much as possible to make sure we prevent drug addiction. We can’t afford to have our streets littered with people who have run mad as a result of drug abuse. So we need a place where we can keep them and treat them and where they can re-discover themselves, where substance abuse will be completely exonerated from their system.”

Also speaking at the occasion, the Special Assistant to the Governor on Community Relations, Hon. Olufemi Josiah, charged religious organisations to make it a point of duty to preach against drug abuse during their sermon in their various places of worship.
He added that the present administration in Oyo State is doing everything it can to have a peaceful community that is drug-free which will bring about a productive economy.

The Executive Director, Good Workers Ministry International, Pastor Tunji Agboola, in his welcome speech, disclosed that the programme was organised to celebrate World Health Day 2021 and also to commission a 30-bed facility for the treatment of drug dependency for both male and female victims as part of his ministry’s contributions to achieving a fairer and healthier world.

Some of the reasons adduced by the stakeholders that contributed to the promotion of drug business include rate of poverty, unemployment, and get-rich-quick syndrome so as to be recognized in the society. They also agreed that in order to tackle the challenge, stakeholders must put a framework in place that will address the issue once and for all.

“If those supplying the drugs are not available, those demanding for it will likely stop. As long as we have people supplying these drugs, and we are not going after them, or rather paying attention to people using the drug, we are not helping the system,” they said.

They also called on law enforcement agencies to be up-and-doing by going after those dealing in the drug business rather than those using the drug. 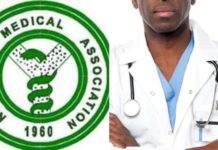 105 doctors resign from Ondo State service in one year ― NMA 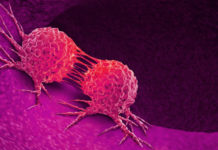 23,000 persons living with cancer in Nigeria 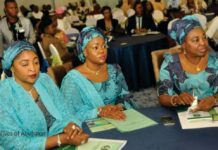 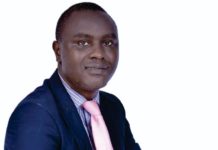 Nigeria, Information Age, And Other Countries 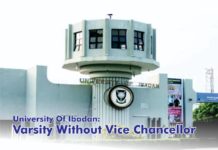 University Of Ibadan: Varsity without Vice-Chancellor