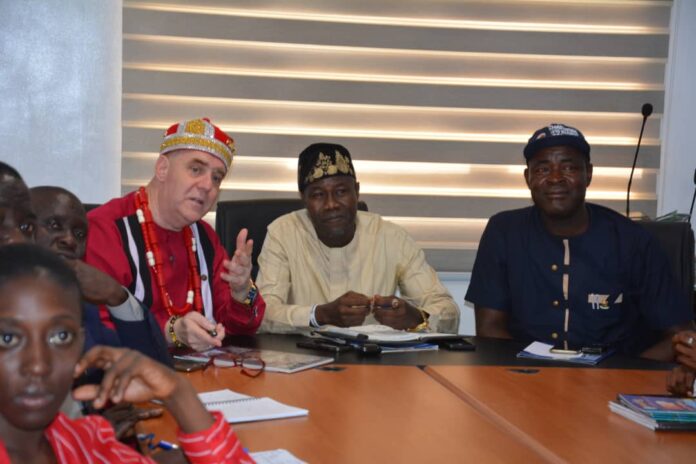 The Oyo State government has said that its administration has made the State one of the safest and conducive for would be investors to come and do their businesses without let or hindrances whatsoever in the State. 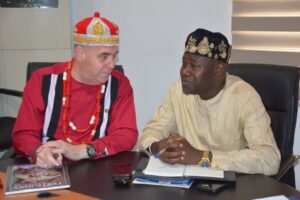 The meeting which was part of the effort of the government at ensuring safe, adequate and efficient transport infrastructure that can sustain the social and economic development of the state, as well as expanding the tourism sector in the State.

Skyway is a new era in the transport industry. It is an electronic cable car with a string transport that combines proven technologies with innovative solutions to create a complete new approach to the transportation of passengers and cargo.

The technology is elevated above the earth to transverse through the bush, waters, mountains and therefore preserves the nature with no need for demolition of ecological tree to affect the atmosphere or deplete the structures of the environment.

While receiving the representatives of a Belarusian Electronic Transportation Company, Governor Makinde who was represented by his Special Adviser on Tourism and Culture, Hon. Akeem Ademola Ige expressed the willingness of the state government to partner with any company or investors that can add value to the expansion of its economy.

Hon. Ige who expressed his happiness that the company is considering establishing the electronic cable car which is first of its kind in Nigeria in Oyo State, stressed that it will serve as another major source of transportation tourism in the State when it is launched.

While describing the State Governor, Seyi Makinde as a very innovative leader who wants the best for his people, Hon. Ige assured the investor that the government would not relent in its effort at creating a safe and an enabling environment for their business to thrive.

Complementing Hon Ademola Ige’s remark, the Special Assistant to Governor Makinde on OYSIEC Matters, Mr Innocent Tallest, said the present administration in the state has really eased the transportation sector in the state by constructing many roads and terminals in and around the State.

Earlier in his remarks, the leader of the team, Prof. Kristiaan Van Den Vyver, noted that transportation sector in Nigeria has faced a lots of set back hence the need to revive it with new innovative system.

Prof. Van Den Vyver who commended Governor Seyi Makinde on various developmental projects his administration has executed, hunted that it was the Governor’s performance espeially on infrastructures that motivated his company to seek for partnership with the government in the area of transportation.