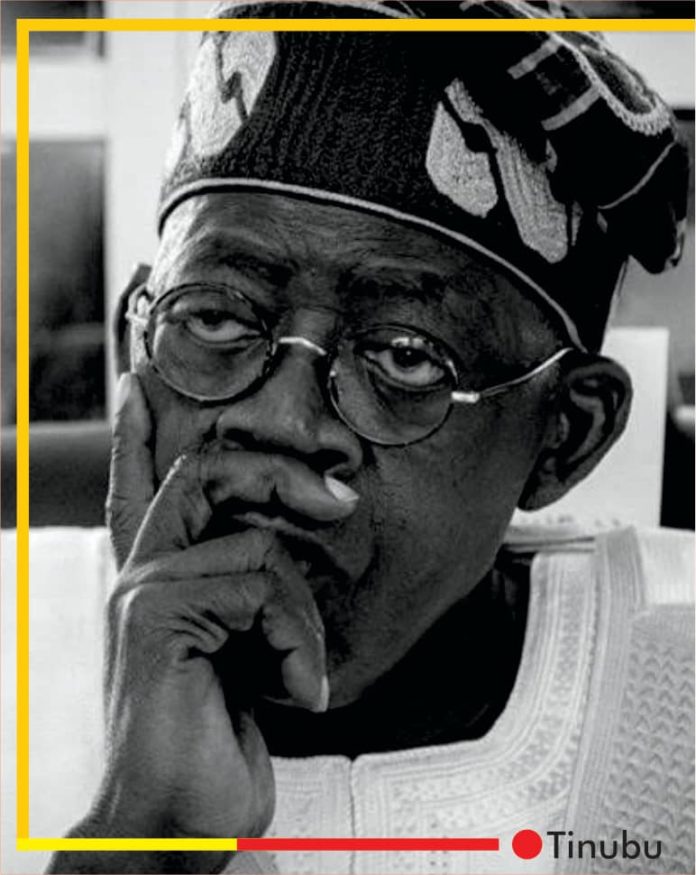 Although he has not publicly declared his interests in the 2023 presidential election, not a few Nigerians are aware that the former governor of Lagos State, Asiwaju Bola Ahmed Tinubu has his eyes on the coveted seat.

The flamboyant politician has no doubt paid his political due since joining active politics in the defunct Third Republic when he sought and became a senator of the Federal Republic of Nigeria. His association with the Chief MKO Abiola greatly contributed to the latter’s emergence as the candidate of the now-defunct Social Democratic Party (SDP). Abiola later won the famous June 12 presidential election.

Tinubu’s financial backing for and active participation in the activities of General Sani Abacha’s Achilles heel, the National Democratic Coalition (NADECO) further endeared him to the hearts of many Nigerians.

His trajectory in the Alliance for Democracy (AD) under which platform he served as governor of Lagos State for eight (8) years, to Action Congress (AC) and Action Congress of Nigeria (ACN) and ultimately All Progressives Congress (APC) further cemented his hold in the nation’s political firmament.

Beyond controversies surrounding his birth, academic qualifications, hegemonic hold on Lagos State politics and its finances, Mr Tinubu arguably stands the best chance than his peers. Like his political mentor, Abiola, Tinubu has built intimidating political structures across the length and breadth of the country, thereby making him a natural successor to the incumbent. It is on record that President Muhammadu Buhari leveraged on this, particularly in the South-West geo-political zone, to defeat the incumbent in 2015, until then an unprecedented feat in the political annal of the country.

That, however, may be the farthest the campaign may go. Aside from the fact the rumoured interest of the incumbent Vice-President, Professor Yemi Osinbajo, Tinubu’s political godson, posed sea serious challenge to the aspiration of the self-styled National Leader of the APC, one particular conundrum may stand in the way of Mr Tinubu.

Mr Tinubu is a professed Muslim. Although he romances with the Christan faith – as a matter of fact, his wife, Senator Remi Tinubu, is a Christian – that may still not inure in his favour. Nigerians for first the first time played down the potentially divisive issue of religion and voted massively for the MKO Abiola- Babagana Kingibe ticket in June 1993, a Muslim-Muslim ticket… the hat was an unprecedented feat that may not be repeated, at least not shortly, for obvious reasons.

Successive governments, particularly the Goodluck Jonathan administration, was accused of promoting religion to the front burner in national discourse as policy statements were made public at church events by government officials, including the President. The nation is yet to heal from that. The other is not unconnected with the activities of the dreaded Boko Haram. The country was merely fortunate to have escaped an outright war waged on religious sentiment.

The foregoing is further exacerbated by the policies of the current administration which appears to some as being more tolerant of one religion above the other(s). To therefore conjecture a rehash of the June 12, 1993, scenario where two professed Muslims were massively voted for across the country may be a tall order given the present circumstance.

To underscore the importance attached to the issue and a veiled reference to a much talked about Bola Tinubu-Abdullahi Ganduje ticket, a group, Northern States Christian Elders Forum (NOSCEF) described as insensitive and selfish, thoughts of fielding a Muslim-Muslim ticket for presidency in the 2023 general election.

NOSCEF noted that since the report was made, there was no rebuttal by the Northern Elders. It, therefore, wondered which Northern Elders was in the said meeting.

“Let us recall the Chief Abiola Alhaji Kingibe Muslim-Muslim ticket that won the election in a military imposed two-party system in 1993. ‘Majority of Nigerians, including myself, voted for that ticket because, a vote for that ticket was a vote for fairness, equity, justice and power rotation between North and South, South East and North East.

“They submitted that at the previous election, Alhaji Shehu Shagari (North West)/Dr. Ekwueme (South East) ruled Nigeria and Abiola/Kingibe therefore, meant power shifting between North and South and in the North, power shifting from North-West to NorthEast and in the South, from South-West to South-East.

“Remember there were no other alternatives since it was a two-party system.

“We appeal to all Nigerians across party, regional, ethnic and religious divides to rise and mobilise the citizenship against any inconsiderate politician or political grouping, seeking to promote exclusion and marginalization of any section of our country.

“Let us recall the Chief Abiola and Alhaji Kingibe Muslim-Muslim ticket that won the election in a military imposed two-party system in 1993. ‘Majority of Nigerians, including myself, voted for that ticket because, a vote for that ticket was a vote for fairness, equity, justice and power rotation between North and South, South East and North East”, a statement signed by NOSCE chairman, Engineer Ejoga Oyinehi read in part. Similar sentiment has been echoed by the Pentecostal Fellowship of Nigeria (PFN).

If a Muslim-Muslim ticket would be a hard sale with some persons, no guarantee a predominantly Hausa-Fulani North will be receptive to the idea of Christian as the Vice-President representing the region. That much was expressed in the politics of Kaduna State, regarded as even more cosmopolitan than most states in the North.