Residents of Eruwa, in Ibarapa East Local Government Area of Oyo State, on Monday, staged a protest to demand the removal of the newly appointed Rector of the Adeseun Ogundoyin Polytechnic, Eruwa, Dr Akinteye Adewuyi. 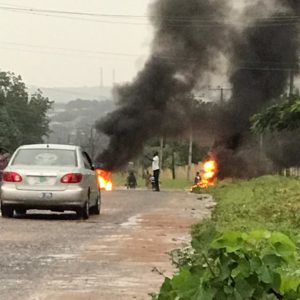 The residents also demanded the immediate dissolution of the institution’s governing council, led by Dr Samuel Ogundiran for peace to reign in the town.

Scores of the residents were seeing carrying placards with various inscriptions and burning tyres in front of the polytechnic, to prevent the entry of the newly appointed Rector to the institution, a development that paralysed academic activities, as students who were supposed to start their examinations were also prevented from gaining entry to the premises of the school.

During the announcement of the Acting Rector, Ogundiran disclosed that the incumbent Acting Rector, Mr Peter Adejumo’s tenure ended on 10 September 2021.

While speaking with Rulers’ World, one of the protesters, who pleaded anonymity, advised Governor Seyi Makinde to immediately dissolve the Governing Council and reconstitute another one for peace to reign in the town.

He said the choice of members that made up the Governing Council was unacceptable to the generality of people in Ibarapa, owing to their questionable characters.

“The new acting management is unacceptable to us. They are APC members. Where were they when we voted for Governor Makinde?”

“Now they want to reap from where they did not sow. We want Governor Makinde to dissolve the entire management for peace to reign.”

“Governor Makinde’s second term ambition will suffer greatly if he puts the current management team at the helm of affairs in this polytechnic.”

“This protest will continue if the entire management is not dissolved,” the protester vowed.

Meanwhile, the Students’ Union Government (SUG) of the school has directed students to desist from any act of violence that may cost them their studentship, adding that they should work towards peace.

A statement jointly signed by the President and Public Relations Officer of the students’ union body, Aanuoluwapo Opeyemi and Olawale Omolola, respectively, said the union would not allow any external factor to affect the welfare of the students and cause a delay in their academic pursuit that must not exceed two years.

“Be reminded that the COVID-19 pandemic and strike have caused a lot of setbacks and time wastage for students already.”

“We would therefore not allow any external factor to affect the welfare of our students and cause a delay in their academic pursuit that must not exceed two years.”

“Staff members should, however, be cautioned not to use their selfish interest to disrupt the academic calendar of the institution.”

“We urge the students to desist from any act of violence that may cost them their studentship. Let’s all work towards peace,” the union urged. 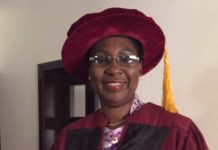