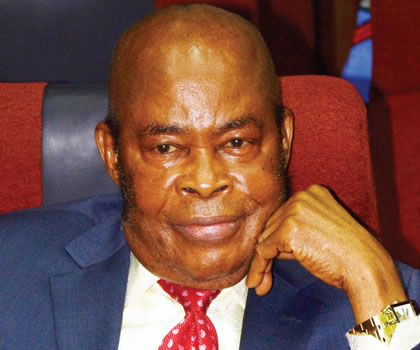 Supreme Court Justice, Sylvester Ngwuta has died at the age of 69.

The judge died just about three weeks to his 70th birthday on March 30 when he will be due for retirement from the bench.

A statement by the Chief Registrar of the apex court, Hadizatu Mustapha, said Mr Ngwuta died in his sleep at about 2.30am on Sunday.

The statement added that Mr Ngwuta, who hailed from Ebonyi State, had been admitted at the National Hospital in Abuja for about one week before his death.

He was said to have been moved to the Intensive Care Unit (ICU) of the hospital on Friday and was also said to have tested negative for COVID-19 following an investigative test carried out on him at the ICU.

The statement read, “The Supreme Court of Nigeria regret to announce the death of the Hon. Mr. Justice Nwali Sylvester Ngwuta, JSC, CFR, by 2:30 a.m of Sunday March 7, 2021.

“He felt sick and was admitted in the last one week in the National Hospital, Abuja, but before he was moved to the intensive care unit (ICU) of the hospital on Friday, March 5, he tested negative to COVID-19 investigative test conducted on him.

“Honourable Justice Ngwuta was due to retire from the Supreme Court bench on attaining mandatory retirement age of 70 years on March 30, 2021.

“His remains have been deposited in the National Hospital mortuary pending the arrangement for his burial.

He started his private legal practice at Abakaliki in July 1978 to October 1995, from where he was appointed a judge of the High Court Abia in October 1995 and there promoted to the Court of Appeal on May 22, 2003, was finally sworn-in as Justice of the Supreme Court of Nigeria in May 2011. 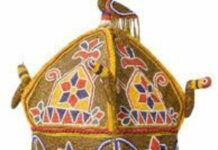