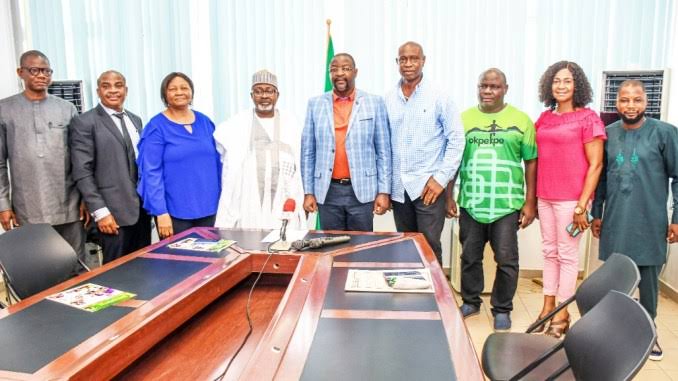 Speaking at the ceremonial hand-over of Alli’s official letter, the Minister said Alli’s appointment is on the back of his experience as an athlete and accomplishments as a sports administrator.

The Minister stated thus, “To ensure Team Nigeria’s success at the Games, we are bringing Yusuf Alli to compliment the efforts of the experts in the ministry, so as we all work together to give Nigeria a good showing in Birmingham. When we found out that, Yusuf Alli with his experience will be needed as part of the ingredients for our success we brought him on board.”

Dare added that, “we are determined to tap into the knowledge of our ex sports stars who served this country in the past, having the experience both on and off the field, and that’s why Yusuf Alli is with us. A number of our ex-sports men and women have also been working in the background to help the ministry and Nigeria grow as a sports nation”.

Speaking at the event, the Permanent Secretary of the Ministry, Alhaji Ismaila Abubakar tasked Yusuf Alli to bring his experience to the fore and ensure Team Nigeria’s objectives are achieved at the end of the Games.

“The task is no doubt an herculean one, but when one considers the experience garnered over the years, I’d say that we have a man with the pedigree to discharge the responsibilities expected of him. We expect effective coordination and discipline amongst our contingent to Birmingham”, the Permanent Secretary added.

While thanking the Ministry for the confidence reposed in him, Yusuf Alli stated that himself alongside the team will put in the work required to bring glory to Nigeria at the Commonwealth Games and ensure the contingent are worthy ambassadors of the country at the Games. He promised to work together with the team’s captain and other members for the good of the country.

Alli represented Nigeria at the 1980 Olympic Games in Moscow, Los Angeles 1984 Olympics and Seoul 1988 Olympic Games. He also won gold in the long jump event in the 1990 Commonwealth Games in New Zealand.

Team Nigeria will be participating at the 2022 Commonwealth Games in Birmingham between the 28th of July to August 8, 2022.