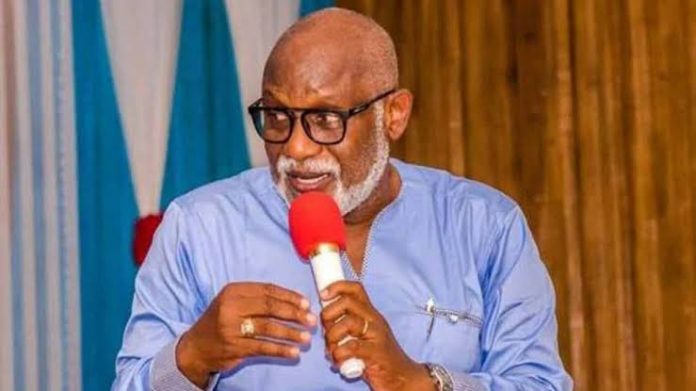 Ondo State Governor, Rotimi Akeredolu has asked Ibadan residents not to take laws into their hands, following the violence that erupted in Shasha area of Oyo State.

The governor said he is compelled to address all residents of the area, especially the Yoruba speaking people, in his capacity as the Chairman, South-West Governors’ Forum over the recent happenings bordering on security.

“Without doubt, the situation we have found ourselves as a people is most despicable and contends violently against, and abhorrently at variance with the values and hospitality for which our people are known.

“We have been known for thoroughness. We have identified with legality over the centuries; and our ethos as a civilised breed of people is such that we do not identify with lawlessness, not even illegality,” Governor Akeredolu added.

He also asked residents to be law-abiding, saying he understands “the height of provocation in the light of recent happenings as regards Shasha, Ibadan, I, alongside my other brother governors in the region are against the willful appropriation of Laws into one’s hands.

“We do not support violence and in particular, brigandage, jungle justice and unnecessary self-help. We note with delight, the efforts of our brother Governor, Engr Seyi Makinde of Oyo State who has taken very bold steps to stave off the further escalation of the violence by imposing curfew in the affected areas.

“He deserves every support in his avowed commitment towards peace and security in Oyo State. We shall all survive these times and live peacefully, once again in our lands.”