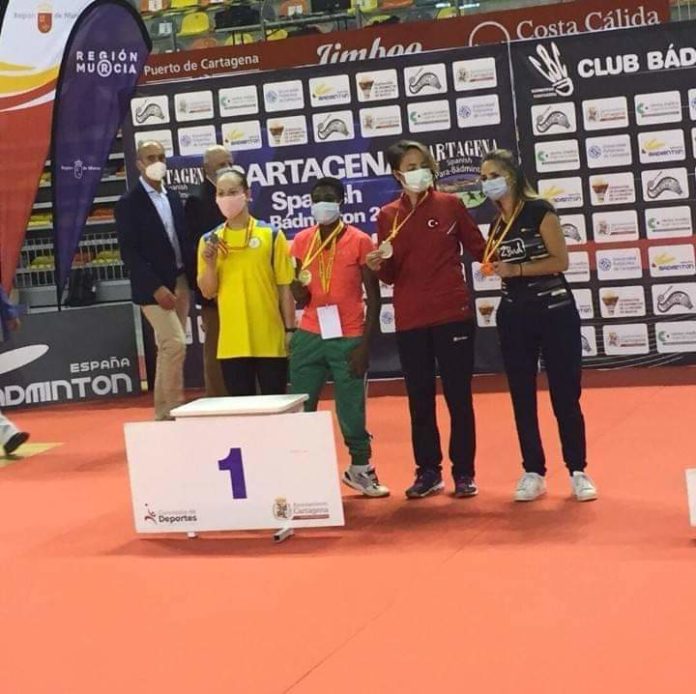 “I am delighted and happy that Eniola has made Nigeria proud here in Spain for winning a gold medal for the country.

“It is a thing of joy for us, after the demise of Bello Oyebanji, who would have been with us here in Spain but died.

“I know Bello will be smiling wherever he is now, knowing that the flag is still flying despite his demise. It is also great that minute applause was held in honour of Bello,” he said.

Meanwhile, the Kwara State Governor, AbdulRahman AbdulRazaq has congratulated Eniola, who is from the state over her victory at the just concluded competition.

The governor expressed his joy in a statement. The statement reads in part: “I congratulate Eniola for her historic feat at the championship, and commend her for doing us proud on the global stage. Her victory, which she dedicated to her late coach and another great Kwaran Abdulrafiu Bello Olabanji, again underscores the can-do spirit of the Kwara person.

“I also congratulate the entire Nigerian contingent on the championship for their teamwork, dedication, and patriotism. I have no doubt that Eniola, and others like her, will again lead the world at the upcoming badminton championship in Japan later this year. As a government, we will continue to offer all our talents the veritable ground and opportunities that they need to shine.”