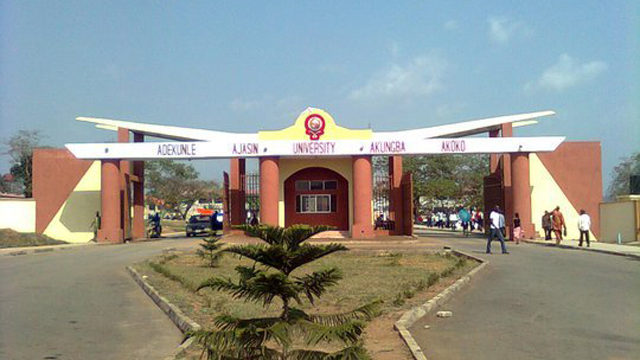 The Adekunle Ajasin University, Akungba Akoko (AAUA) in Ondo State, was on Thursday thrown into mourning as a 200 level student of the institution, Feranmi Fasunle Omowumi, committed suicide.

Omowunmi was said to have drunk sniper in her room on Wednesday.

The spokesperson of the university, Victor Akinpelumi confirmed the incident to Channels Television.

He expressed sadness on the incident, noting that the reasons for her action remained unknown but sources said it might be connected to a failed relationship.

According to a source from the university community, the deceased took the poison in her room and started gasping for breath.

She was rushed to the University’s Health Centre from where she was referred to other hospitals but she died this morning.

“She took insecticide with Garri.

“When people got to know, she was first taken to Health center, then to State specialist hospital, Ikare and then Federal Medical Centre (FMC) in Owo where she died,” the source said.

The late Omowunmi, a political science student reportedly gave up the ghost before she could be taken to ABUAD Teaching Hospital in Ado Ekiti where she was later referred.