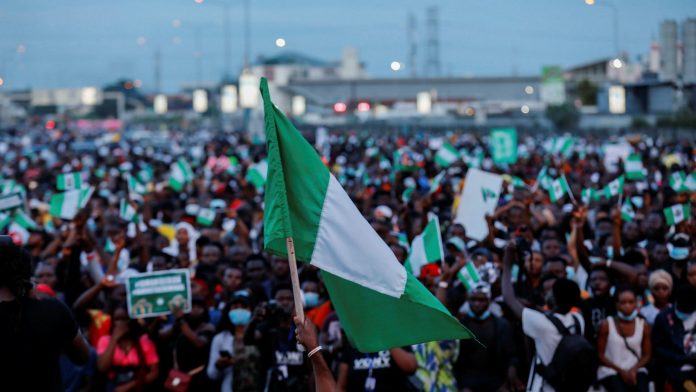 For some years in recent past, the image of Nigeria in the international community was at its lowest ebb, no thanks to the activities of few Nigerians who got themselves involved in crimes such as drug trafficking and internet fraud. Indeed, it was so bad that holding the Nigerian green passport was becoming a burden as Nigerians were subjected to various forms of humiliation, all in the name of freaking them.

The situation however is changing gradually with Nigerians making the country proud and flying aloft the flag of the most populous black nation on earth with their remarkable achievements and successes recorded for themselves and the country as a whole. For instance, the attention of the world recently shifted to Nigeria when after highwire international politics, its former Minister of Finance, Dr. Ngozi Okonjo-Iweala, was eventually announced the Director General of the global body, World Trade Organisation (WTO). With her election, she became the first woman and African to head the body.

Her biography on WTO’s website said among others that she is a global finance expert, an economist and international development professional with over 30 years of experience working in Asia, Africa, Europe, Latin America and North America.

But while the focus was on Okonjo-Iweala, a young Nigerian from Oyo State, Barrister Timi Olagunju, was also in the limelight as after several weeks of election, with 66 candidates across six continents (and 19 Africans), emerged as a Global Board Member of the International Republican Institutes’ Generation Democracy.

The institution is a sub-division of the International Republican Institute (IRI), with members and Alumni in six continents of the world. The members (not including alumni) are young leaders (35 years and below) who work as Ministers and Advisers in Government and Regional bodies, Parliamentarians, Policy Consultants and NGO leaders with the aim of improving governance and youth leadership policy through collaboration.

Olagunju while serving as Africa’s Representative on this global Board will be saddled with driving policies, partnerships, and programmes that add value to Africa (and global) leadership and governance across continents. Many believed that this role placed on him comes at a time when young Nigerians, Ugandans, and Africans in general are increasingly becoming victims of democracy and anti-democratic forces with democracy threatened everywhere.

During his one-year tenure, Rulers’ World learnt the technology and innovation lawyer and policy consultant, will be serving as a voice for many global voices, alongside 11 distinguished global leaders across six  continents.

His profile speaks volume of what he has been able to achieve within his little sojourn on earth. Indeed, at age 10, life was a struggle for him but he never let his background put his back on the ground. An alumnus of the University of Ibadan and University of Virginia, United States of America, with several accolades to his belt. He has contributed to policies and programs that impact youths within Oyo State, nationally and globally, and received the Award of the ‘5 Most Influential Young Nigerian in Policy Influencing’ in 2020’.

At the international level, in 2015, he was a guest of former President Barrack Obama in Washington DC and later on, in Chicago in 2017 during the launch of the Obama Foundation Summit.

He was also recipient of Oba Adeyeye Enitan Ogunwusi, Ooni of Ife, Royal Leadership Awards to 100 Outstanding Young Nigerians within Nigeria and in the diaspora. From his university days, he served as a prominent students’ leader, and received several accolades, such as the UI ‘JCI’ Award for Outstanding Leadership of Halls and Faculties, and awarded the Hon. Chris Asoluka Award for Most Politically Productive Student in the University of Ibadan as well as the Professor H.O. Nottidge Award for Selfless Leadership.

Since completing his law degree at the University of Ibadan in 2009, Olagunju has devoted his time to promoting innovative governance, intellectual property and privacy rights, democracy and youth engagement, as well as helping the underserved. He is a 2015 Mandela Washington Fellow, Fellow of the Presidential Precinct, a founding member of Commonwealth Alliance of Young Entrepreneurs (CAYE) – West Africa, and a Trustee of the Nigeria Internet Society (NIS). He is co-founder, Youths in Motion and sits on the board of Feed To Grow Africa.

Olagunju has also attended leadership, business, and policy courses at University of Virginia’s Darden School of Business, the Frank Batten School of Leadership and Public Policy, and the College of Williams and Mary, and authored and co-authored three books namely: The Hustlers’ Mentality; Leading From Within and Yes Africa Can

As one not shy to air his views to contribute to the growth and development of the society, in August 2019, he wrote an open letter to Governor Seyi Makinde of Oyo State, calling for an establishment of an innovation and technology agency or ministry in the state.

The letter read in part, “As I sat on my couch at the weekend preparing notes for the Nigerian Bar Association (NBA) Conference in Lagos, I thought through the challenges confronting Nigeria and the precarious situation of a young Nigerian in the global ‘street’ with the entire ‘invictus saga’. Young Nigerians with so much energy and ‘native intelligence’, but little ‘legit’ and numerous ‘illicit’ opportunities to harness these endowments. I thought ‘what can we do to make life better for Nigerians who are blessed with talents and ‘a rising debt profile’ (An Irony!). Then it dawned on me, as a policy and innovation enthusiast, ‘how about we tackle this from a policy angle?’ I remembered my research culminating to findings for the need to set up an Agency or Ministry focused on driving policies, programmes, and partnerships that stimulate and intensify ‘innovation’ in order to improve economic growth and the quality of life.

“However, this is best suited for States first. And which State is better suited to achieve this than a State with a Governor who has shown a quest for excellence and innovative leadership with his language and appointments (particularly with his appointment of Seun Fakorede as ‘Commissioner’ despite odds) within only 88 days in office.

Why an Agency or Ministry of Innovation and Technology in Oyo state?

“In an age where there is an increasing demand for skills that fit into the ‘future of work’: an age where wicked problems such as poverty, poor healthcare, and unemployment persist, there is need to develop robust policy frameworks that exploit innovation and technology for different sectors, for the benefits of Oyo State indigenes and residents. This can start as an agency with KPIs (Key Performance Indicators), from which it grows into a full-fledged Ministry serving to identify challenges to innovation within the State, drive policies and programmes, and pursue partnership and opportunities for innovators and innovation in Oyo State

“Under the leadership of Governor Makinde, the Agency can help Oyo State become a conscious catalyst for innovation as well actively bring in investments and partnerships in innovation and technology, which serve national and global needs irrespective of proximity. For example, Akanbi Segun a teenager in Oyo State, created the ‘Feather Plucking Machine’ – and there are thousands of opportunities, scholarships, and grants available to such persons as Akanbi. The Office or Agency can pursue partnerships that make this happen for many ‘Akanbis’ in Oyo State. Also, Adebayo Alonge, a 30-year old indigene of Oyo State with a start-up in Ibadan called ‘RxAll’ which I advise, recently received a global award for being the first to invent a handheld Artificial Intelligence Nano-scanner that can scan and detect fake drugs in 20 seconds. Therefore, the Agency can develop policies that help us celebrate and locally support ‘Adebayo’ to ensure we produce more ‘Adebayos’ – what we promote is what becomes popular.

“At the moment, I am privileged to information about some investment interest in setting up an ‘Ibadan Digital City’ with funding from investors from Canada and China. But we need to show commitment in driving innovation policies and ease of doing business in Oyo State. In fact, with investments like this facilitated by the Agency with the private sector, there can be Professional programme that ensures a selected few with digital and tech skills do some weeks of internship with the Oyo State Government and Ministries after their training, which can help such participants learn how public governance works and use their rare skills to improve the public governance architecture in Oyo state.

“The “Agency or Office” for Innovation and Technology under the Governor’s office can focus on driving policies, programmes, and partnerships that will attract investment in innovation and technology for youths and for harnessing the intellectual resource in Oyo State’s higher institution in solving challenges in rural communities across Oyo State. This Agency can create policies that encourage the building of an ecosystem that supports capacity development in specialized technology skills, to achieve accelerated economic prosperity and decent jobs whilst tapping into the potential market that Lagos, Africa, and the world offers for innovators and tech. For example, data science and cyber security are in high demand. Harvard calls ‘data science’ the ‘sexist’ job on earth, with a need for more than 150,000 data scientist (irrespective of talent location) in United States alone.

“The opportunity, an opportunity for Oyo State to show leadership and commitment to attract talents and start-ups. For example, Law Pavilion is based in Challenge Ibadan, and its AI innovation is serving the entire Law Industry in Nigeria and West Africa. How can we ensure more businesses and startups such as Law Pavilion, Interswitch set up ‘technical base’ in Oyo State whilst serving the Lagos, Nigerian, and global market? These are the kind of challenges the Agency or Ministry will solve through policy.

“Oyo State is the Pacesetter State and can show the way on how Nigeria can do such at the Federal level by starting first from within. Thank you for reading and sharing – let the conversation begin from here to the Governor’s listening ears. Ire O!!!”

A public affairs analyst, Mr. Kunle Ogundoro, while speaking with Rulers’ World, said apart from bringing honour to his motherland, Olagunju has become a role model to the teeming youth in the country and that Nigeria is blessed with human talents who can compete favourably with their peers all over the world.