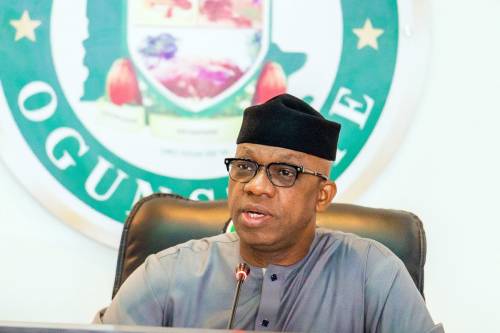 The Ogun State government has warned the leadership of the National Union of Road Transport Workers (NURTW) and their operatives to stay away from all parks and garages in the state to avoid incurring the full wrath of the law.

The warning was made known in a statement issued by the state Commissioner for Information and Strategy, Waheed Odusile, on Sunday.

According to Odusile, it became necessary in view of intelligence reports by the security agencies that the union was planning to resume collection of dues and revenues on behalf of the government at the motor parks and garages in the state.

This is, however, against the existing decision of the government that bans the activities of the transport workers in all the motor parks and garages in the state.

It maintained that following crisis in the leadership of the NURTW in the State that threatened the security of lives and properties, particularly public transport in the State, the House of Assembly in June 2020 passed a resolution suspending the activities of the union.

“The government has banned the activities of the union in all motor parks and garages in the State,” the statement said.

“Security agencies have been given a firm directive to arrest and prosecute any operative of the NURTW or indeed anyone, group or association that has not been approved by the government to act on its behalf that attempts to defy the decision of the government or test its resolve to maintain peace and security in all parts of the state, including the motor parks.

“Unlike what obtained in the past, this administration has been methodical and deliberate in its approach to maintaining peace at the motor parks as well as management of transport union activities, and will not allow anyone to undermine the prevailing peaceful environment.”