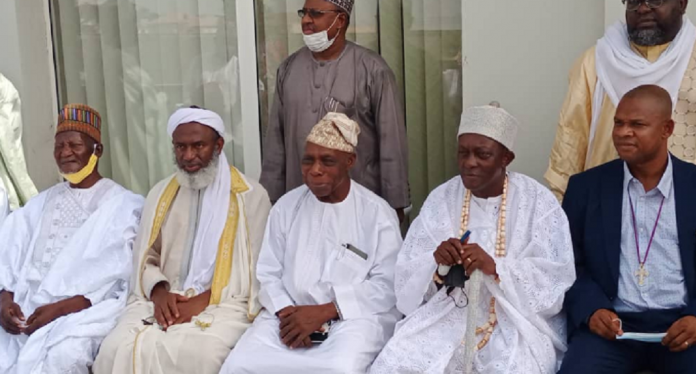 The meeting, which held at the residence of the former president in Abeokuta, the Ogun State capital, was part of efforts to find solutions to the menace of banditry, kidnapping, and payment of ransom, among other security threats in the land.

After the exchange of pleasantries, Gumi briefed Obasanjo on measures and steps he had taken to stem the tide of insecurity in many parts of the North, Channelstv reported.

Discussions centred on the causes, effects and implications of the various security threats, as well as the reactions by communities, local authorities, state governments, and the Federal Government, as well as authorities in neighbouring countries and nations within West Africa.

In their resolution, Obasanjo and Gumi agreed that banditry, kidnapping, and other crimes that have led to general insecurity were a nationwide phenomenon.

They acknowledged that people from various parts of the country and outside Nigeria were involved, although some people were more predominantly involved than others.

The elder statesman and the Islamic scholar appealed to authorities and the people not to encourage or support criminality, noting that the security situation in the country has gone beyond tolerance.

They identified the crisis as a micro-ethnic conflict between the Fulani and many host communities mainly in the North West, saying its remote causes were educational and economic disparities, as well as the negative use of religion and ethnicity by deceitful politicians.

On how to tackle the menace, Obasanjo and Gumi stressed the need for the people, irrespective of their affiliation, to desist from blame game, as well as attributing ethnicity, religion, and region to crimes committed by criminals.

They also called on the people to respect one another, show tolerance and accommodation where necessary, as well as condemn criminal acts no matter where it was committed and by whom it was committed.

According to them, encouraging more carrot solution as may be found necessary, sharing information at all levels, and not accepting criminality as a way of life for any individual or group in the country, are part of the solutions to insecurity in the land.