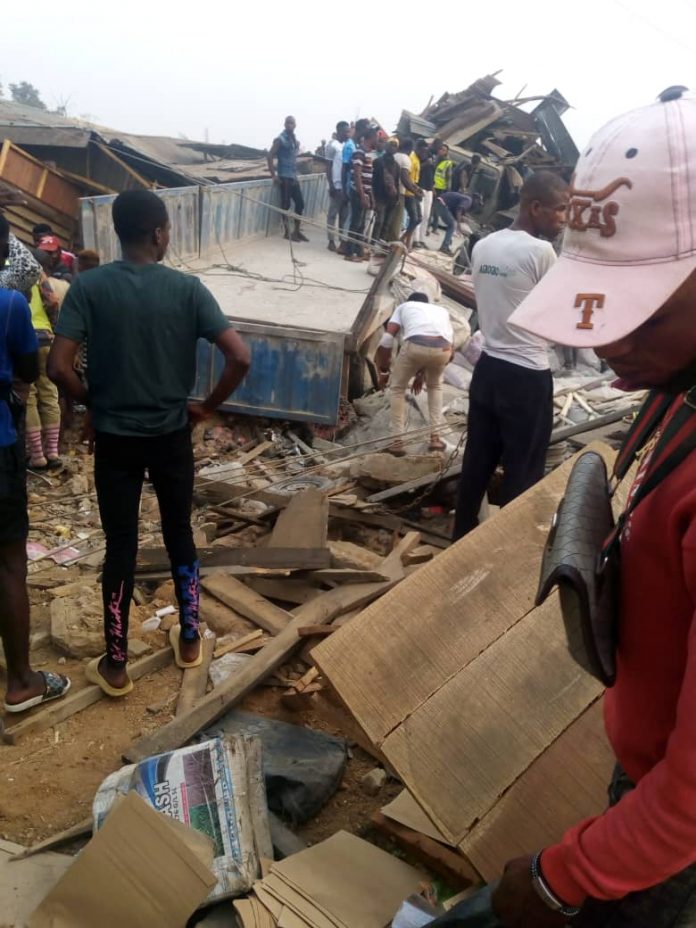 Several persons have been confirmed dead in an accident that occurred near the entrance gate of the Adekunle Ajasin University, Akungba-Akoko in Akoko South West Local Government Area.

The accident was said to have occurred when a truck coming from Obajana in Kogi State lost control and rammed into some shops and crushed both students and traders.

It was gathered that many of the vicitms were in the shops transacting business while some were students of the university.

According to the witness, “The truck caused the accident due to break failure. The driver lost control and the truck rammed into the shops.

“The incident caused traffic gridlock at the busy road as many of the vehicles were held for hours in the town.”

However, the Management of the Adekunle Ajasin University confirmed the incident in a statement.

The statement made public by the Acting Registrar of the university, OpeOluwa Akinfenwa, said the management commiserates with the families, the university community in particular and the Akungba community in general on the sad incident.

Consequently, it postponed indefinitely, the examinations which had been scheduled to commence on Monday.

“Meanwhile, as a temporary measure, Management has directed that the main gate should be closed with immediate effect. Staff and students are therefore requested to make use of the following: sports Center gate, guest house gate, eastern gate and the two small gates (i.e the one leading to the Works & Services Department and the one leading to the Student Union building).”

“As a mark of respect for our departed students, the examinations scheduled to start on Monday January 24, 2021 is hereby postponed till further notice. We appeal that our students should remain calm, as the University mourns those that lost their lives in this unfortunate incident.

“The University and the Ondo State government are working round the clock to institute permanent solutions to the problem of incessant road accidents along Ikare-Akungba road. Once again the University Management commiserates with the University community, the families, victims and people of Akungba Akoko over this unfortunate incident.”