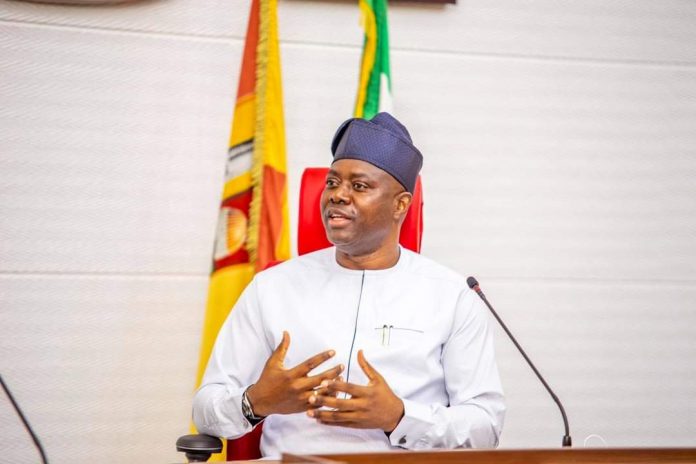 The lecture, which was held at S4 Playground, Elekuro, Ibadan by Jamuhiyat Allahu Rasaq Islamic Society of Nigeria, (JARIS), under the leadership of Hon. Abdulahi Abdulrazaq Ademola, also had in attendance the Deputy Speaker, Oyo State House of Assembly, Hon. Muhammad Fadeyi; Commissioner for Works and Transport, Professor Daud Sangodoyin; Commissioner for Information, Culture and Tourism, Dr Wasiu Olatubosun; Special Adviser to the Governor on Tourism and Culture, Hon. Akeem Ademola Ige; Chairman, House of Assembly Service Commission, Dr Abdulwasih Musa; members of the Oyo State House of Assembly and other political leaders in the state. 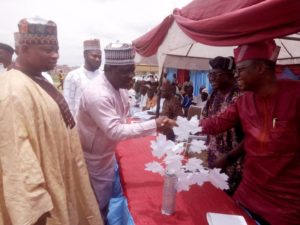 In his message at the occasion, Governor Makinde, who was represented by the Chairman, Pacesetter Transport Company, Prince Dare Adeleke, assured that his administration will continue to accord equal respect to all religions without discrimination, adding that his administration will not deviate from its promise of promoting good governance as well as people-centred policies.

The governor while staying that he would not be distracted by the ranting of the opposition politicians in the state, appealed to the people to use the holy month of Ramadan to pray for the success of his administration.

In his speech, the Deputy Speaker, Oyo State House of Assembly assured that the 9th Assembly will continue to give necessary legislative support to all the programmes and policies of Governor Seyi Makinde which are geared towards enhancing the living standard of the people of the state.

Also speaking, the Special Adviser to the governor on Tourism and Culture charged the political class to seek the knowledge of God as this is the only way they can be guided towards doing the right deed while in government.

Hon. Ige eulogized the sterling performance of Governor Makinde for 2 years that his administration came on board.

In his lecture titled: “The Importance of Ramadan”, Fadilat Sheikh Ishaq Olawoye Tihamiy said Ramadan was a period for believing Muslims to renew their faith in Allah.

The guest lecturer hinted that the encomiums showered on Governor Makinde and Hon. Ademola (Omo Sheu) were well deserved, noting that the lawmaker is following the footsteps of his late father, Sheikh AbdulRasaq, whose life impacted thousands of people spiritually in Nigeria and abroad.

In his speech, Hon. Ademola (Omo Sheu) said the programme was meant to identify with thousands of Islamic faithful in his constituency as well as to promote and showcase the laudable achievements of the PDP in Oyo State under Governor Makinde-led administration.