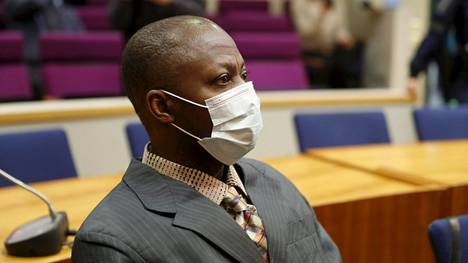 The trial of a suspected warlord accused of atrocities during Liberia’s civil war has started in Finland.

Prosecutors say Gibril Ealoghima Massaquoi, from Sierra Leone, was a senior member of a rebel group that fought in Liberia from 1999 to 2003.

He is accused of killing civilians and soldiers who had just been disarmed, rape and recruiting child soldiers, BBC reports.

He denies the charges and says he was taking part in peace talks at the time of the alleged crimes.

Some 250,000 people were killed in the Liberian conflict, which was intertwined with the war in neighbouring Sierra Leone.

The 51-year-old was a commander and a spokesperson for the notorious Sierra Leone rebel group, the Revolutionary United Front (RUF), which also fought in Liberia.

The RUF was known for atrocities such as hacking off the limbs of civilians, as well as murder and rape.

In March, he was arrested in the Finish town of Tampere, where he is standing trial.

He is accused of murder, aggravated war crimes and aggravated crimes against humanity.

The AFP news agency reports it has seen court documents which contend he held an “extremely senior and influential position” in the RUF, one of the main militias fighting alongside President Charles Taylor’s NPFL forces in Liberia.

According to witnesses, he ordered civilians, including children, to be locked inside two buildings, which were then set on fire.

In another alleged atrocity, Prosecutor Tom Laitinen says some of his victims’ bodies were cut up and “made into food which Massaquoi also ate”.

Prosecutors have demanded a life sentence, which, in Finland tends to mean 14 years imprisonment, reports AFP.