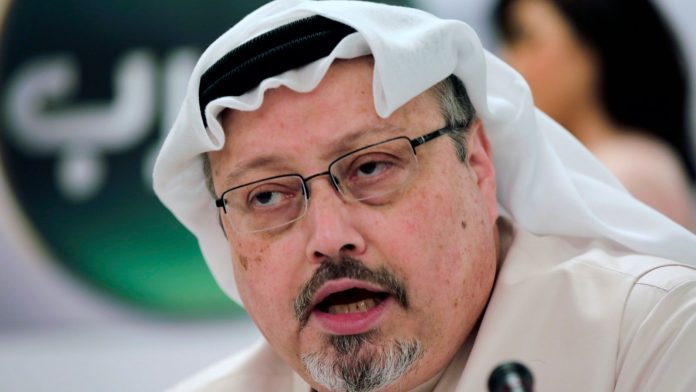 The United States on Friday slapped a visa ban on 76 Saudi individuals in what it calls the “Khashoggi Ban”.

Secretary of State Antony Blinken, who announced the measure, alleged that the affected individuals were involved in “threatening dissidents overseas, including but not limited to the Khashoggi killing.

He said the ban was part of measures by the U.S. government to “reinforce the world’s condemnation of that crime”.

The aim, he said, is to stop governments that “reach beyond their borders to threaten and attack journalists and perceived dissidents for exercising their fundamental freedoms”.

“As a matter of safety for all within our borders, perpetrators targeting perceived dissidents on behalf of any foreign government should not be permitted to reach American soil.

“I also have directed that the State Department fully report on any such extraterritorial activities by any government in our annual Country Reports on Human Rights Practices.

“The United States will continue to shine a light on any government that targets individuals, either domestically or extraterritorially, merely for exercising their human rights and fundamental freedoms,” he said.

Khashoggi, a strong critic of bin Salman’s policies, was murdered by Saudi agents at the Saudi consulate in Istanbul while on a visit to obtain papers for his marriage.

According to the declassified report, released by the U.S. Director of National Intelligence on Friday, the prince approved the capture or killing of the late journalist.

It is the first time the U.S., a Saudi ally, is publicly accusing the crown prince of ordering the murder, an allegation bin Salman has always denied.

The visa ban confirms reports that the President Joe Biden Administration will be tough on Saudi Arabia on issues of human rights.

Blinken said although the U.S. would continue to invest in its relationship with Saudi Arabia, the partnership must reflect U.S. values.

“To that end, we have made absolutely clear that extraterritorial threats and assaults by Saudi Arabia against activists, dissidents, and journalists must end.

“They will not be tolerated by the United States,” he said.