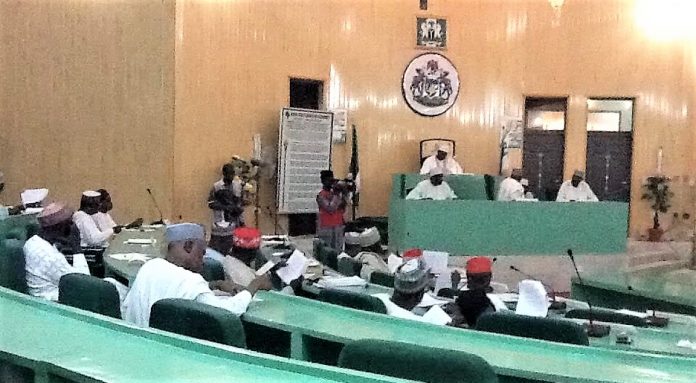 The Kano State House of Assembly has urged the State Government to complete the abandoned road linking Ungoggo and Minjibir Local Government Areas (LGAs) of the state.

This followed the adoption of a motion by Mr Tasi’u Zabainawa (APC-Minjibir) at plenary presided over by Speaker Hamisu Ibrahim-Chidari on Tuesday.

Presenting the motion, Zabainawa explained that the project was initiated by administration of late Gov. Abubakar Rimi, but abandoned for several years, before it was resuscitated by former Gov. Ibrahim Shekarau’s regime.

“The project was abandoned again for many years, before it was salvaged by Gov. Abdullahi Ganduje during his first tenure in office; he also abandoned the project two years ago.

“Therefore, we are appealing to the state government to continue with the project because of its socioeconomic benefits to the communities.

“In emergency situations, the communities in the area find it difficult to convey patients to hospitals, especially women in labour,” he said.

According to him, most of the people in the affected communities are either farmers or businessmen; the bad condition of the road has negatively affected their economy.

After debates by the lawmakers, the House unanimously adopted the motion and urged the state government to take necessary action on the issue.

Similarly, the House also adopted a motion urging the government to construct a road to link nine communities in Gaya and Albasu LGAs of the state.

This followed the adoption of a motion by Mr Abubakar Danladi-Isa(APC-Gaya) .