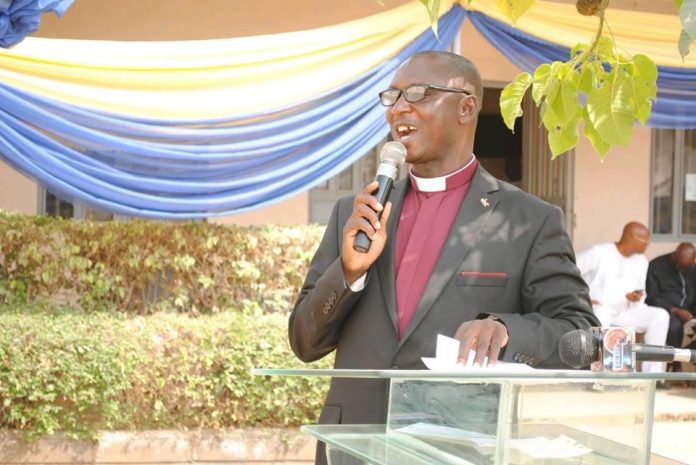 The Christian Association of Nigeria, Kaduna State chapter, has said no fewer than 100 residents of the state are in different kidnap camps.

The state CAN Chairman, Rev. Joseph Hayab, in an interview with The PUNCH on Tuesday,  said aside from the 39 students of the Federal College of Forestry Mechanisation, Afaka and the eight members of the Redeemed Christian Church of God, whose kidnaps were public knowledge, many abductees were still with their abductors in the state.

Hayab also said other residents of the state were living in constant fear of being kidnapped.

As the CAN chairman expressed concern about insecurity in the state, bandits again struck on Tuesday and abducted a Catholic priest and four other persons in the  Kagarko Local Government Area.

In Oyo State, a man and a couple were abducted at different times on their farms near Alabameji Village, Sanyo and Soka areas of Ibadan.

In Niger State, a businessman, Salau Taiwo Hussein,  was said to have been whisked away by unknown gunmen at his resident around Brighter Road in Minna.

As the gale of kidnappings continued to sweep across the country, the National Security Adviser,  Major-General Babagana Monguno (retd.), told State House correspondents on Tuesday that the President, Major General Muhammadu Buhari (retd.), had ordered security chiefs to fish out masterminds of banditry in the country.

He also said the military should take the sponsors of banditry out.

Earlier, Hayab, in an interview with one of our correspondents, said the kidnappings of the students and the RCCG members became public knowledge because of the people involved.

According to him, five worshippers, including a pastor and church secretary, were recently abducted in the Giwa Local Government Area of Kaduna State.

Kaduna State CAN chairman faulted the state Governor, Nasir El-Rufai, over the handling of kidnappings and other forms of insecurity in the state.

Hayab stated, “We want him (El-Rufai) to act decisively and take the right action. But as he is talking, nothing is being done and they (bandits) are negotiating with people.

“It is not just the RCCG members and the 39 students that are still there (with bandits). If we want to take statistics of the number of people in different kidnap camps in Kaduna, they are over 100. But the ones people know are the students and the RCCG members.

“Even that day, it was not only the RCCG members that were kidnapped. The attack also involved other people. The church could tell us the number of people travelling and that was why we knew they were eight. But how many were in the other vehicle, nobody knows.

“I still have reports of other families whose members were taken. In one of our churches in the Giwa Local Government Area, which is after Zaria, on Sunday, March 21, around 1am, the bandits picked five people. They later released three, but the pastor and his secretary are still with them. But out there in the public, you’ll hear, ‘We are working.’ That is why the new style of government is issuing media statements to show they are working, while people are being killed and taken away from their homes.”

Hayab said the N50m ransom being demanded for the release of the RCCG members was unrealistic, adding that the church would never pay the money.

The cleric said paying bandits would only encourage them to kidnap more people and the church might be digging its own grave if it paid ransoms.

He lamented that most of the people kidnapped were locals who had lost a sense of purpose due to the insecurity in the state.

The CAN chairman urged security agencies to rise to their responsibilities, rescue the victims and bring the perpetrators to justice.

“Since this whole madness continued these past four, five, six years, people are no longer productive. Farmers are no longer going to their farms, even at home, you cannot think straight because you don’t know what will happen. If you travel, your mind is not at rest. Your heart is in your hand because you are thinking you may be kidnapped before you arrive at your destination. This is why our government must do what is right. We must not allow these people to continue to torment and trouble Nigerians,” he added.