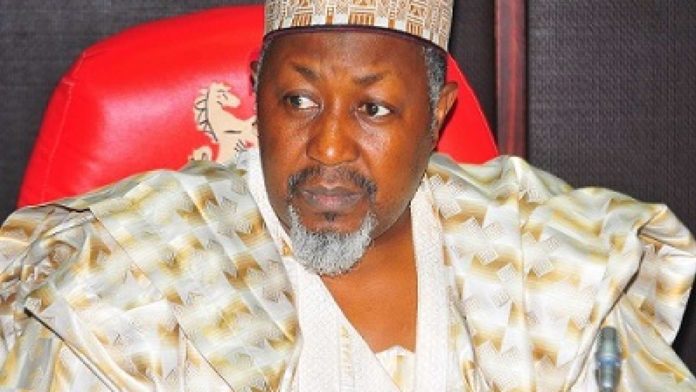 Jigawa State governor, Alhaji Muhammadu Badaru Abubakar approved the employment of 270 herdsmen as additional teachers in the nomadic schools in the state.

This was contained in a press statement signed, and released to newsmen in Dutse by the special adviser to the governor on Media and Publicity, Alhaji Habibiu Nuhu Kila, who said: “the governor approved the establishment of 200 additional nomadic schools across the state”.

Alhaji Habibu Nuhu Kila explained that the governor gave the approval in a meeting with Miyetti Allah Kautal Hore’ a socio-cultural Fulani organization at government house Dutse, adding that “the governor reaffirmed his commitment of improving and expanding qualitative nomadic education to the herders in all parts of the state.

According to the statement “200 nomadic schools would soon be established in addition to about 400 across the state, also 270 herders would be recruits as teachers, 10 from each of the 27 local government areas of the state”.

He stated further that, during the governor’s recent working visit to the Netherlands, “plans are underway to expand the existing cattle routes and grazing reserves which will provide enough all year grass for the nomadic”.

He, therefore, called on the association to support the government in the fight against negative vices among the Fulani especially youths who are engaged in criminal activities.

The chairman of the Miyetti Allah Kautal Hore’ a socio-cultural Fulani organization, Alhaji Adamu Hadejia commended the efforts of the state government in maintaining peace among its people in the state.

The Fulani organization chairman promised to assist the government to fish out criminals among them, he added that “they will do everything possible to ensure relative peace coexist between farmers and herders be maintained and with the support of the Government they will fish out any criminal among the Fulanis”.

No fewer than seven persons have died from a cholera outbreak at the new Artisan Market in Enugu metropolis, Enugu State