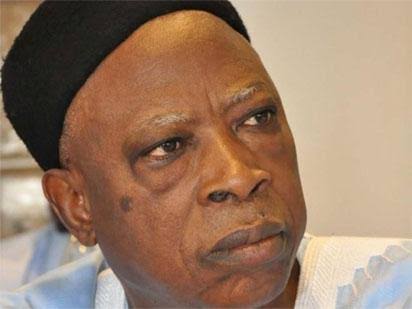 The National Chairman of the All Progressives Congress (APC), Senator Abdullahi Adamu has said that his administration inherited a whopping ₦7.5 billion in legal fees from the Caretaker Committee of the party led by the governor of Yobe State, Mai Mala Buni.

Senator Adamu, a two-time former Nasarawa State governor assumed office as APC chairman on 22 March 2022 following his adoption as a consensus candidate by over 7,500 delegates at the national convention of the party held in Eagle Square, Abuja.

Speaking at an interactive session with journalists in Abuja, he explained that the former Directors of the party were replaced because the National Working Committee discovered that they didn’t have financial discipline. He also said the party introduced payment of staff salary by cheque because it wants to weed out ghost workers in the party.

He explained that when it comes to payment of salaries, they would be having 200 and above staff but on ground, they would not have that number, hence the introduction of a bank cheque payment system.

It will be recalled that the party, a few days ago, sacked all the Directors inherited by the National Working Committee and new ones employed.

Asked why the Vice President, Professor Yemi Osinbajo, former Transport Minister, Rotimi Amaechi and other prominent figures in the party are distancing themselves from the presidential campaign, the chairman said that question should be directed to them, as according to him, it was not his responsibility to speak for the high ranking party members.