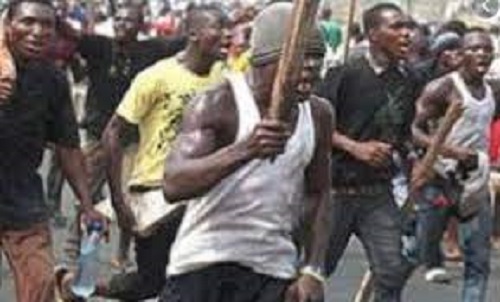 It was gathered that the attackers shot sporadically for more than one hour before setting the station ablaze.

They also razed the Magistrate and High Courts in the area and later vandalised the community health centre.

According to the statement, some hoodlums in their numbers stormed the court premises in Attah and set the court buildings on fire.

Elkana further stated that they damaged a building, which was constructed by the community for the police division.

He added that the Commissioner of Police, Mr Abutu Yaro, had ordered a full investigation into the incident.

Meanwhile, the attacks of police formations in different parts of the state have caused tension and fear among the residents.

Businesses and major markets could not open on Saturday in Owerri and its environs, ahead of Monday’s sit-at-home order by the proscribed Indigenous People of Biafra (IPOB).

However, some small businesses and petrol stations in the outskirts of Owerri were open for business during the day.