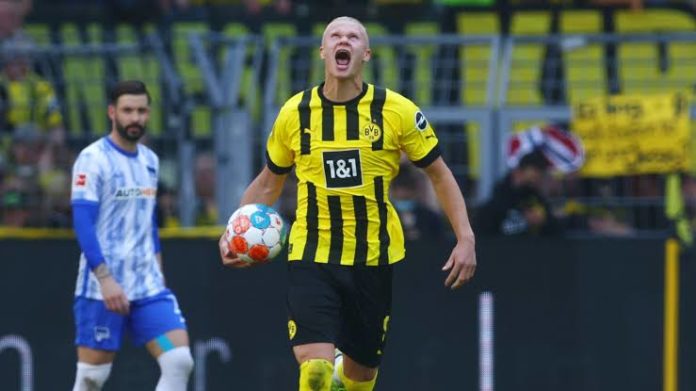 Erling Haaland scored his 86th and final goal for Borussia Dortmund on Saturday as they ended the 2021/22 season win a 2-1 win over Hertha Berlin.

Haaland had reportedly been keen for his summer transfer to Manchester City to be officially announced before the game so that he could say a proper goodbye.

He got his wish earlier in the week when City confirmed that he would be swapping the Bundesliga for the Premier League on July 1.

But the Norwegian goal machine had one last assignment in Germany.

Saturday’s match against Hertha was preceded by a short on-pitch ceremony, which involved Haaland receiving flowers and applause from fans and teammates.

He looked a little uncomfortable during his phase of the day, but his ultra-confident persona was restored by the time that Dortmund were awarded a penalty kick midway through the second half.

Haaland stepped up to score after Marvin Plattenhardt was penalized for handball.

In truth, it was not one of the best spot-kicks of Haaland’s career.

But he looked thrilled with the result as he celebrated by hugging any teammate who came within range of his long arms.

That goal equalized for Dortmund after a Ishak Belfodil penalty had given Hertha an 18th-minute lead.

Youssoufa Moukoko scored Dortmund’s winner on 84 minutes, just seconds after coming on as a substitute.

Dortmund ended the season second in the Bundesliga table, while Haaland finished third on the list of leading scorers with 22 goals. 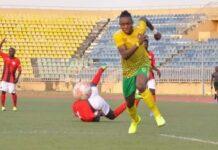