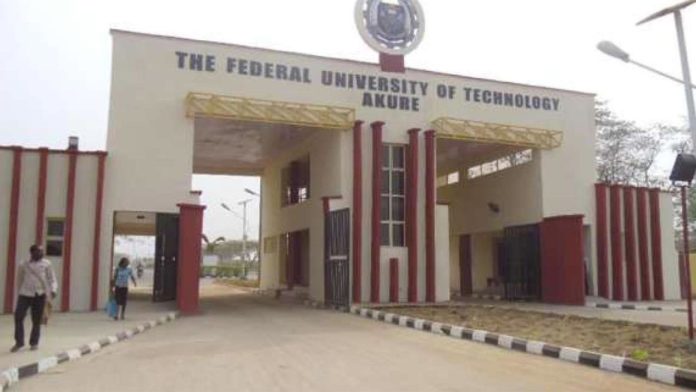 The pro-chancellor and chairman, governing council, Federal University of Technology Akure (FUTA), Ambassador Godknows Igali, who disclosed that 14 of the institution were part of the 218 picked from the 500 researchers shortlisted for the grants.

In the 2020 result just released by the NRF, the Obafemi Awolowo University, Ile-Ife (OAU), won the highest number of grants followed by the University of Lagos (UNILAG) and FUTA which came third leading other specialized universities in the country.

Ambassador Igali, while interacting with the winners from the university during a reception for them, on the sideline of the statutory meeting of the council on Tuesday, 7th September 2021, asserted that FUTA is blessed with a crop of excellent scientists able to hold their own anywhere in the world.

He said it has now become incontestable that FUTA is indeed the country’s best university of technology.

Igali said he was particularly elated that two of the areas of research concentration are concerned with the diagnosis and containment of COVID-19, adding that this attests to the current relevance of and usefulness of research to society.

Ambassador Igali said the feat achieved by FUTA researchers and scientists is worthy of emulation and should be celebrated.

Speaking at the occasion, the vice-chancellor, Professor Joseph Fuwape, congratulated the recipients and reiterated that FUTA would not relent in its pursuit of cutting-edge research that will add value to the country’s drive for technology for self-reliance.

He charged other scholars to put in more effort to keep the university’s flag flying.

He also congratulated the pro-chancellor, stating that his tenure will bring more success for FUTA.

The Director of, FUTA Centre for Research and Development, and one of the recipients, Professor Ganiyu Oboh, responded on behalf of his colleagues. He said members of the various teams would, in the established tradition of the university, justify the confidence reposed in them by carrying out their assigned responsibilities painstakingly and in line with the global best practices in their various fields.

The National Research Fund was established by the Board of the Tertiary Education Fund (TETFund) to drive the resuscitation of research activities in the nation’s tertiary institutions.

The National Research Fund (NRF) is one of the five special intervention areas introduced in order to realise the objective of addressing the critical need for high-quality manpower to drive the nation’s economy and development aspirations towards attaining the nation’s Vision 20:2020 and beyond.

President Muhammadu Buhari approved the sum of N7.5 billion for the current 2020 NRF grants cycle. The process of accessing the 2020 NRF grants involves the response to call-for-concept notes by the principal investigators of the proposed research projects, to be followed later by the submission of full proposals by only those whose concept notes have been evaluated and the research projects are considered fundable.