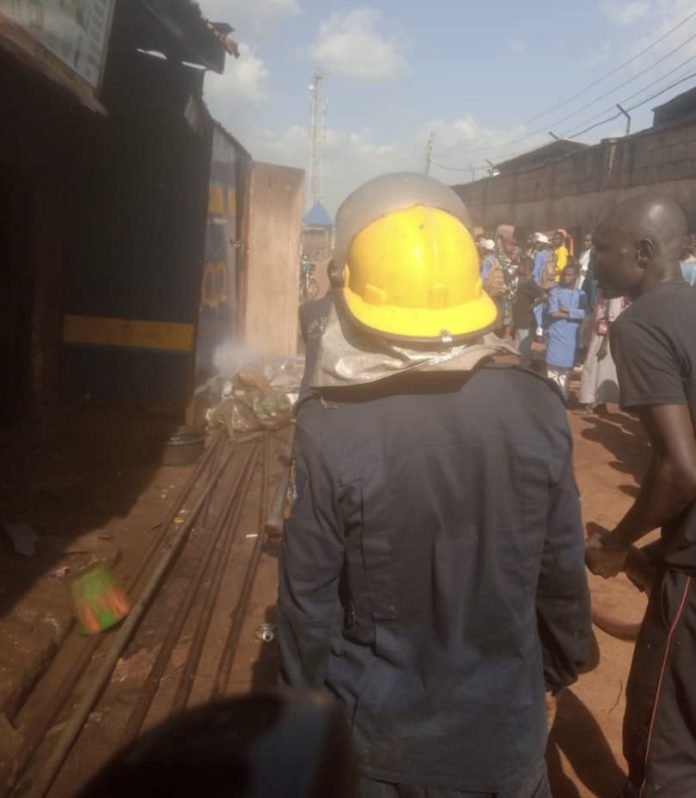 This is contained in a statement signed by Head of Department, Media and Publicity, Mr Hassan Adekunle in Ilorin on Sunday.

He said the building comprised of about 8 rooms and 15 shops, in which only 2 shops were affected by the ravaging inferno.

The spokesperson said as a result of quick intervention by the Kwara State Fire Service, the fire was prevented from spreading.

According to the source, the fire was generated from the piled beverage’s cans kept inside a room of the building and later spread to the shops.