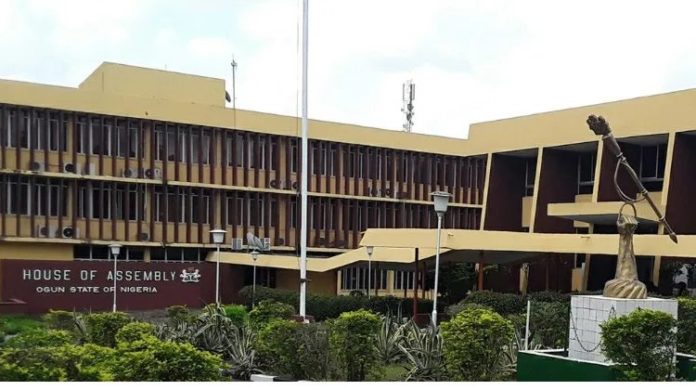 Ogun State House of Assembly has passed a bill for the law on state legislative funds management in the state.

The passage of the bill is a prerequisite for the implementation of financial autonomy for state legislatures across the nation.

The bill titled “H.B No. 067/OG/2021- A Bill for a Law to make provision for the Ogun State House of Assembly Legislative Funds Management and other Matters Connected therewith, 2021” was passed on Thursday.

The passage of the bill followed the presentation of the report by Chairman, House Committee on Finance and Appropriation, Kunle Sobunkanla at a plenary presided over by Speaker Olakunle Oluomo.

Sobunkanla’s motion for the adoption of the report was seconded by Hon. Ganiyu Oyedeji and supported by other lawmakers through a voice vote.

The bill was later read and adopted clause-by-clause.

The speaker thereafter directed that the clean copy of the bill be transmitted to Governor Dapo Abiodun for his assent.