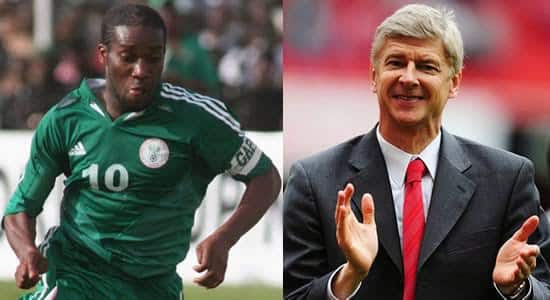 The Federation of International Football Association (FIFA) has named former Super Eagles stars Austin Okocha and Emmanuel Amuneke in a newly-constituted Technical Advisory Group that will consult for FIFA on the future of men’s football.

The panel is comprised of 38 legendary players and coaches across six continents.

Outstanding Africans that made up the group are, Austin Okocha and Emmanuel Amuneke from Nigeria, Côte d’Ivoire’s Didier Drogba and Yaya Touré, Morocco’s Mustapha Hadji, and Cameroon’s Geremi Njitap.

The advisory group is expected to meet later in the week with ex-Arsenal manager and FIFA Director of World Football Development, Arsène Wenger, in Doha, Qatar, for a two-day consultation.

According to Francs Jeux, the mission of the technical panel is “to assess potential alternatives to the current organisation of men’s football through a double prism: the desire to make football truly global and the need to give every talent and every region a chance.”

Former Golden Eaglets coach Amuneke sealed his place as one of Nigeria’s greats after playing at two FIFA World Cup finals and helping the country win gold at the 1994 Africa Cup of Nations tournament and the 1996 Atlanta Olympics.