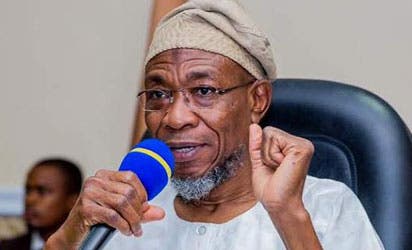 The Minister of Interior, Ogbeni Rauf Aregbesola, has condemned the attack on Kabba Medium Security Custodial Centre, in Kabba, Kogi State, by gunmen, describing it as unfortunate.

While receiving a briefing from the Controller-General of the Nigeria Correctional Service (NCoS), Haliru Nababa, the details of the attack was given, stating that security officers on duty which comprised of 15 Soldiers, 10 Police Officers and 10 armed guards of the NCoS on duty fought gallantly to repel the attack. He noted that two officers of the Correctional Service are yet to be accounted for while one soldier and a policeman lost their lives during the attack.

The Kabba Custodial facility had 294 inmates as at the time of the attack, many of whom escaped after the gunmen used explosives to destroy three sides of the perimeter fence.

However, there remain 28 inmates who didn’t escape. Some have also voluntarily returned to the facility as at this morning.

He noted that “the Controller General of the Nigeria Correctional Service, Haliru Nababa, is currently monitoring the situation. A tour of the facility is also ongoing. 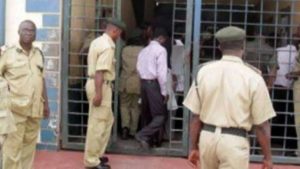 “A Crisis Response Centre has been activated and a Special Taskforce mobilized to recapture escaped inmates whilst an Inter-Agency Security Task Force is already on the trail of the gunmen who attacked the facility. The public is advised to stay calm as the situation is under control.”

While assuring the citizenry that Nigeria’s security forces will find the attackers and bring them to justice, Aregbesola said: “We shall leave no stone unturned to bring them back to custody. We are also putting INTERPOL on notice with their details, in case any of them attempts fleeing outside our shores.

“We urge the people, especially the communities around the custodial facility, to be vigilant and report any strange and suspicious persons or activities to the nearest law enforcement agency.”

In his words of admonition to the escaped inmates, he said: “To the fleeing inmates, escaping from lawful custody is a serious criminal offence. Law enforcement agencies and citizens are lawfully empowered to use all necessary means to arrest and bring you to justice. You should therefore know what you are up against. You will however be eligible for mitigation if you wilfully surrender yourselves at the nearest law enforcement office.”

He noted that “the Nigeria Correctional Service shall not be cowed by elements seeking to compromise the security of our nation; we shall deal with this situation with absolute resolve.

“Further updates will be provided after the end of the preliminary assessment.”

Also, in his words, the Kogi State Commissioner for Information and Communications, Mr. Kingsley Fanwo in a statement issued on Monday said: “We can confirm that some gunmen attacked the Kabba Custodial Centre but investigations are still on to clearly ascertain the number of inmates that escaped from the Centre. We also lost two security operatives.
That is the number we have at the moment

“The State Security Adviser, Commander Jerry Omodara (rtd) is currently at the Centre with the Kogi State Commissioner of Police and the Commander, Army Records, Lokoja.

“Security Agencies have zeroed in to ensure those who escaped are rearrested as well as trail the masterminds of the attack.

“We have confidence in our security agencies to unmask the masterminds responsible for the attack and get them apprehended.

“Our security network has led to the rearrest of the majority of the inmates that escaped as some have also come back to the centre on their own.

“We urge Kogi citizens and citizens of neighbouring states to help volunteer information that will ensure the apprehension of the masterminds of the dastardly act.

“Our people should go about their normal businesses as security agencies are doing their best to ensure the security of lives and property in the face of the unfortunate breach.