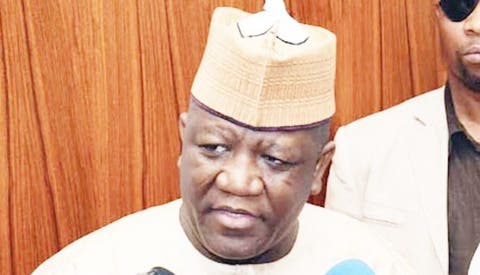 Operatives of the Economic and Financial Crimes Commission (EFCC) on Tuesday, reportedly interrogated the immediate past governor of Zamfara State, Alhaji Abdulazeez Yari, for several hours.

According to the report, Yari was being interrogated at the Sokoto State office of the anti-graft agency over allegations of corruption.

Although, Yari was expected to have reported at the EFFC office since April 8, of which he honoured the invitation on Tuesday.

The former governor was detained by the anti graft agency after he had been interrogated for some hours on Tuesday.

EFCC had earlier called the former governor for questioning, in February, in Lagos State.

The Federal High Court in Abuja had, on January 26, 2021, ordered the final forfeiture of funds belonging to Yari that are domiciled in Zenith and Polaris Banks.

This is coming after Senator Rochas Okorocha was arrested in his Abuja office last Tuesday, by EFCC operatives for alleged money laundering charges.