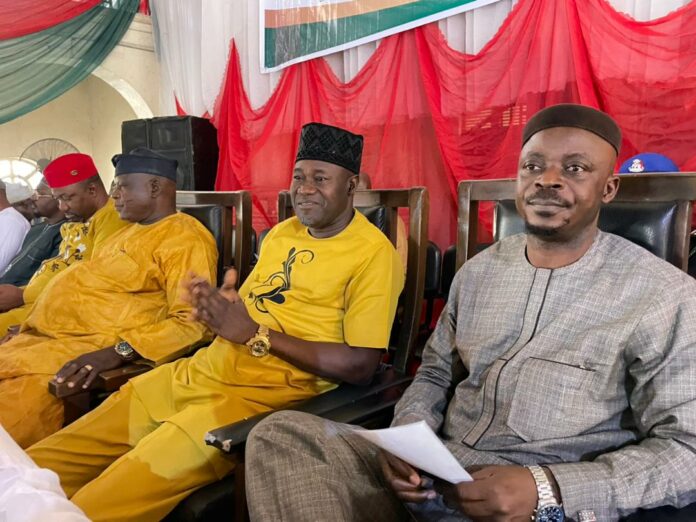 It was yet another honour for the Oyo State Governor, Engr Seyi Makinde has he was honoured with an award tagged “Councillors Award and Community Philanthropist Award” by the Oyo State Councillors Forum.

At a ceremony held last Tuesday at Mapo hall, Ibadan, Governor Makinde was honoured in recognition of his indispensable and relentless contributions towards the development and growth of Oyo State as a whole. 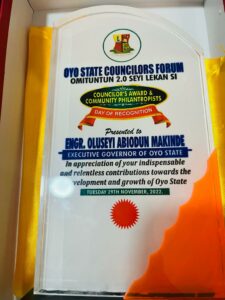 Speaking on behalf of his colleagues, the Chairman of councillors forum, Kazeem Arowodana used the opportunity to announce that they have unanimously adopted Governor Makinde for second term, stressing that they would ensure that they work assiduously to deliver their respective wards during the forthcoming elections.

Receiving the award on behalf of the Governor, Hon. Akeem Ademola Ige who is his Special Adviser on Culture and Tourism appreciated the councillors forum for recognizing the good work that Governor Makinde is doing in his transformation agenda to alleviate poverty in the State.

He charged them to double their efforts by vigorously campaign in all the 351 wards for Governor Makinde’s re election for second term.

The Chairman of all the PDP party chairmen in Oyo State, Mr Lukuman Adesina was among the notable politicians that attended the event.