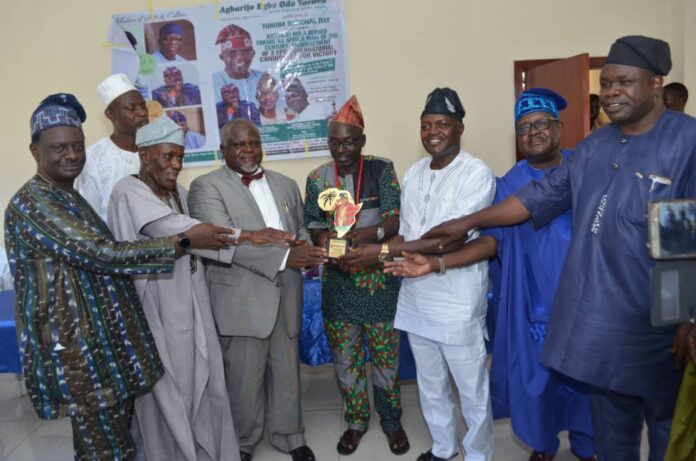 All roads led to Ibadan the Oyo State capital on Friday 23rd September, 2022 when the All Progressives Congress (APC) prediential flagbearer, Asiwaju Bola Ahmed Tinubu was endorsed and awarded as African Man of the Century by Grand Council of Yoruba Youths at the 2022 edition of Yoruba National day.

At the colourful ceremony which was held at the banquet hall of the APC state secretariat, Oke Ado, Ibadan, Senator Bola Tinubu’s award was received by Ambassador Sola Iji who represented him at the event in the presence of many dignitaries.

Highlight of this year celebration of Yoruba National Day, was Odu’a Award presentation to Asiwaju Bola Ahmed Tinubu, and others and spectacular Cultural Performances by a renowned Omo Odo Agba Cultural Troupe.