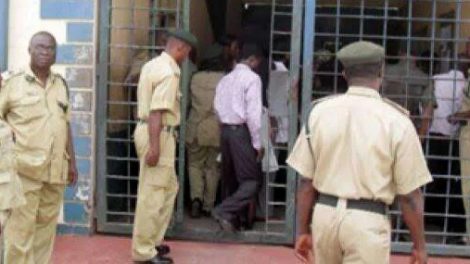 A total of 114 of the 240 inmates who escaped from Kabba Medium Custodial Centre in Kabba, Kogi State on 12th September, have been recaptured.

It will be recalled that some gunmen stormed the Security Custodial Centre in Kabba, in Kogi State, late on Sunday, freeing scores of inmates.

“But as the day progresses, the figure will definitely increase,” he added, saying “several processes have been activated to ensure all inmates are rearrested”.

At about 22:45 GMT on Sunday, the spokesman had said earlier in a statement, numerous attackers “engaged the armed guards in a fierce gun battle”.

“The gunmen invaded the prison, which had 294 prisoners in custody at the time, including 224 pre-trial detainees. A soldier and a police officer lost their lives in the attack”, Enobore later added.