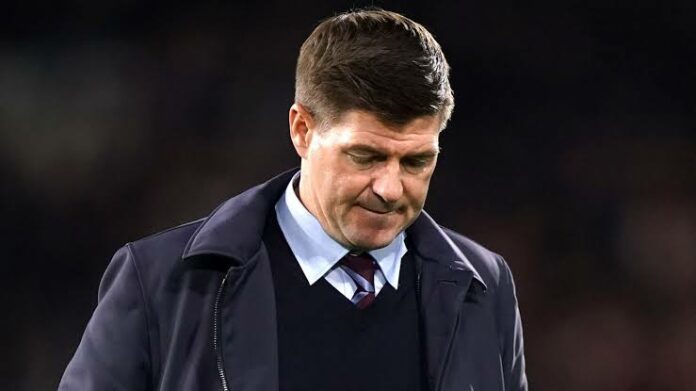 Villa chiefs unseated Gerrard in the immediate aftermath of the 3-0 Premier League defeat at Fulham.

The club have won just two of 11 league outings this term, with Gerrard paying the price for poor form and results.

Gerrard led Villa to a 14th place finish last term but had been expected to push the Midlands club higher up the table in the new campaign.

Now though the former Liverpool and England midfielder finds himself out of work, less than two hours after a chastening loss at Craven Cottage.

“We would like to thank Steven for his hard work and commitment and wish him well for the future.”

The Liverpool great won the Scottish League with Glasgow Rangers before taking up the Aston Villa appointment early 2022.