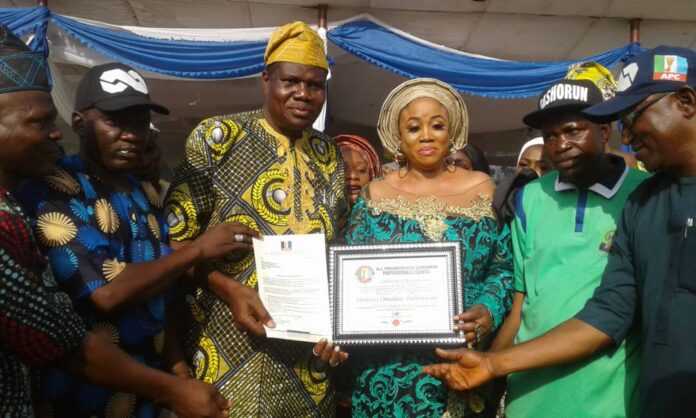 Her appointment was conveyed to her through a letter of appointment and Certificate of inauguration presented to her by the Oyo State Coordinator, Dr. Bamidele Gold on behalf of the National Director-General, Hon. Seyi Bamigbade dated 14th November, 2022.

It was a double honour for Princess Omolara Folorunsho as she was also honoured with an award of Excellence by the Tradesmen and Artisan Workers Association of Nigeria Iseyin chapter during the 36th anniversary celebration of the association which was held at Government Technical College, Oluwole, Iseyin last Saturday. 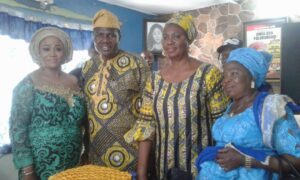 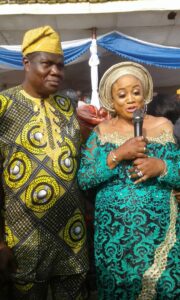 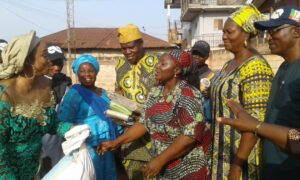 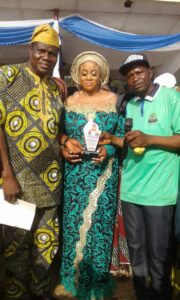 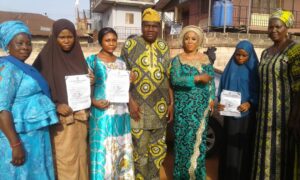 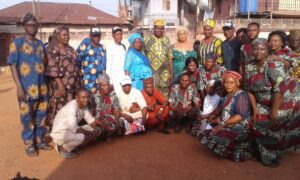 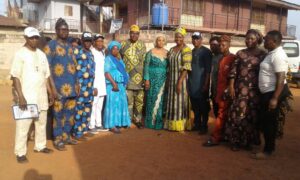 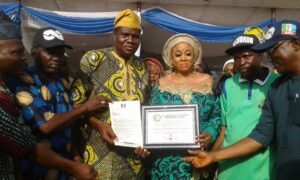 Part of the letter of appointment approved by the National Working Committee of the APC Professionals Council under the leadership of the National Chairman, Senator Abdullahi Adamu reads:

“As the South West Diaspora Director of APC, you are expected to support the overall activities of the group in Nigeria and mobilize professionals to join and contribute their quota for the growth of the party;

Support all campaign activities of the council in Nigeria for overall victory of our party in all elections;

Aggressively mobilize professionals in all state to support the general manifesto of APC in all elections.”

While presenting the certificate, Dr. Seyi Bamigbade said her appointment was in recognition of her sterling contribution to the APC and her passion for humanitarian service through her initiative, Folorunsho Adisa Welfare Initiative (FAWI).

Dr Bamigbade urged her not to relent in her effort at bringing succour to the downtrodden in the society.

Commenting on her appointment, Princess Omolara expressed her appreciation to the group for recognizing her effort and saying: “I am thrilled to be taking up this new role to be a part of our transformation journey to alleviate the sufferings of the people.”

Princess Omolara Folorunsho who based in the United Kingdom, is the Chief Executive Officer of Folorunsho Adisa Welfare Initiative, an empowerment initiative she established to cater for the well being of the less privileged and vulnerable people in her hometown, Iseyin and Oyo State as a whole.