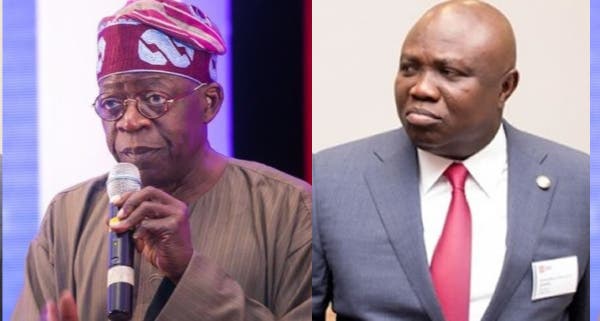 The occasion was the commissioning of the Agege-Pen Cinema flyover, constructed by the Lagos State Government, and the date was the 5th day of March 2021.

The self-styled National Leader of the All Progressives Congress (APC), Asiwaju Bola Tinubu, who, for inexplicable reasons, was a special guest at the event, left no one in doubt as to who his diatribe was intended as he began to speak, though, he refrained from mentioning Mr. Akinwunmi Ambode directly. Amid thunderous applause, he regaled the gathering which included current governor of the state, Mr. Babajide Sanwo-Olu; his deputy, Dr. Obafemi Hamzat; Speaker of the state House of Assembly, RT. Hon. Idowu Obasa; among others, that the immediate past governor, was not allowed a second term in office because he derailed from the “Lagos Master Plan”.

Tinubu, himself a former governor of the state, it will be recalled, has in the days following the denial of a return ticket to Mr. Ambode spoke eloquently about the existence of a “Master Plan”, which, according to him, every governor of the state is expected to key into to develop the state.

The politician, in his first public commentary on the reason his political godson and Epe born politician was not allowed to contest for the 2019 governorship election, blamed it on poor leadership abilities of Ambode.

Tinubu further disclosed that the drift between Ambode’s leadership and the vision for Lagos State became noticeable between 2017-2018. Tinubu added that the errors noticed by political leaders in the state are what led to the decision to jettison Ambode and bring Governor Sanwo-Olu and Hamzat, on board.

According to the APC leader, though they were not sure of what the performance of Sanwo-Olu and Hamzat would be, the two leaders have so far proven their worth despite the prevailing challenges.

He commended the Sanwo-Olu administration for steering the state back in the right direction, describing him and his team as “great performers and doers”.

One, Mr. Tinubu, who was speaking publicly for the first time on the issue spoke at the commissioning of a project which was started, and was said to be about 60% complete by the Ambode administration- although this has been rebutted by Mr. Sanwo-Olu via series of tweets – before he was unceremoniously exited from the Alausa Government House.

Two, the Jagaban Borgu also talked about the existence of a “Lagos Master Plan”, conceived for the development of the state. This could be nothing but a subterfuge, or even at best, an irony. For instance, there has been two administrations before Ambode came on board in the state, no such “Plan”, or its content thereof, was ever made known to residents of the state, beyond the rancorous taunt of “Megacity”. Or, could it be that they (Lagosians) don’t deserve to know the content of the “Plan”?

Three, Mr. Tinubu, in 2017 say this about Mr. Ambode and his government: “…Akinwunmi Ambode has reflected that clearly here today. I want to say thank you because experience is a great teacher and I am experienced. I am on the spot and I have watched things in Lagos since my tenure ended. I was worried hell when you (Ambode) took over, not about your credibility, character or capacity, but because however wise or smart a man is, if there are no resources to back the ideas, production would be zero, progress would be zero. When you (Ambode) took over, I know you inherited a burden of debt. The debt profile of Lagos was high, I was wondering how you will re-engineer and face the challenges to make progress.

“Today, I can see your report card, you have scored well, and you have shown prudency (sic) especially in the judicious use of resources of the state. You didn’t disappoint us. Ambode is silently achieving, meticulously planning, religiously executing and brilliantly giving results for Lagos State.

“All over Lagos, we are seeing the results. At Oshodi, on our way down here, you can see what is happening there, that place is a construction site. It used to be a den of robbers but what is going on there now is developmental activities for the benefit of the entire country.

“Ambode is very quiet, very peaceful, not a noise maker, but he is delivering on the job. This is a great opportunity for me to be very proud again. Therefore, if we can continue in this direction of infrastructural development in the manner Governor Ambode is moving, Lagos will soon match international states or country anywhere in the world.”

The question now is: what changed?

No doubt, Ambode, been human, is expectedly imperfect. Many have pointed to his warped leadership style. Not few agree, however, that he was able to have his footprints permanently etched in Lagos State with conceptualisation and execution of landmark projects.

Meanwhile, the occasion of the latest vituperation is equally instrucctive – commissioning of a project started by the former governor. Mr. Tinubu and his coterie indeed has a lot of convincing to do as to the extent of derailment from the imaginary “Master Plan” by the Ambode administration, particularly as two years into Sanwo-Olu administration, projects he had commissioned were started by Ambode, and reportedly at advance stages before his exit from government. Evidence of projects initiated and commissioned for use by Mr. Sanwo-Olu are far-in-between. Half way into his administration, not few residents of the state have expressed misgivings on the impact of his administration in the state, contrary to the position of his godfather. This is the direct opposite of what obtained at same period during Ambode’s rule.

Assuming, without conceding, that Mr. Ambode derailed from the purported “Lagos Master Plan”, can it be said that Mr. Babatunde Raji Fashola (SAN) – now Minister of Works and Housing – also didn’t conform with the plan as he was almost shove aside, but for providence and intervention of some prominent indigenes of the state.

It is hard not to conclude that the much talked about “Lagos Master Plan” may be indeed an irony, details known only to initiates. 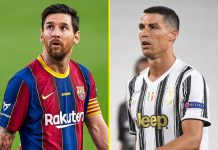 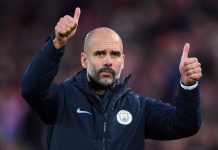 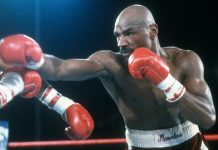