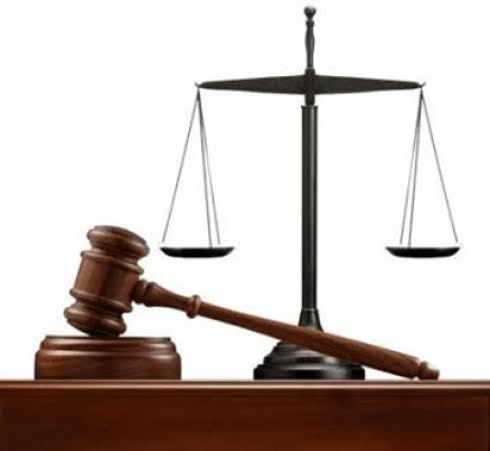 CourtJustice Ayokunle Faji of a Federal High Court sitting in Lagos has fixed 6th October, 2021 for adoption of final written addresses in a suit alleging culpability on the part of Zenith Bank of Nigeria vis a vis excessive and illegal charges to the tune of Six Billion, Five Million naira (N6.5B) only.

The aollicants in the suit denominated as FHC/L/CS/1584/2012, through their counsel, Mr. Lanre Ogunlesi (SAN), in their amended statement of claim informed the court that in the course of business activities, the second applicant obtained several credit facilities from Zenith Bank while the first applicant pledged three of his properties as securities for the facilities.

Adejugbe also stated that three different transactions leading to the instant suit occurred in his company’s current account whereby excessive, illegal interest and charges were discovered. He further contend that upon discovery of the said charges, the company demanded for a reversal but the bank bluntly refused.

He also stated that a forensic accounting firm was engaged to scrutinize and analyse his company’s account and it was then discovered that between August 2006 and December 2013, excess interest and charges on the company by Zenith Bank Plc has accumulated to the tune of One Billion, Eight Hundred and Forty-Two Million, Four Hundred Seventy-One Thousand, Eight Hundred and One naira, and Ninety-Nine kobo (N1,842,471,801.99) only.

He however stated that instead of Zenith Bank financing the purchase of the 30,000 MT of Petroleum products for the company as per letter of offer, Zenith Bank diverted the entire sum of Two Billion, Five Hundred and One Million, Two Hundred Seventy Thousand naira (N2,501,270) only for the purchase of its own shares during the bank’s Initial Public Offer (IPO), a conduct the plaintiffs described as unethical, unprofessional and reprehensive.

He added that the bank’s shares purportedly bought by his Company with the facilities granted by Zenith bank were managed by the bank so much that the bank eventually liquidated the shares after the value has nose-dived and depreciated.

He also stated that another activity on his company’s current account with Zenith Bank, was the sale and purchase of a property in Port Harcourt, Rivers State, which belonged to one of the shareholders/customers of the bank who needed to clean up some of his obligations to the bank.

He further stated that after the purchase of the land, Zenith Bank took possession of the title documents of the land as collateral while it reneged on the promise and understanding to finance his Company’s tank farm on the land and since 2008 the land had been under the management of the bank and the same had been lying fallow.

In this circumstance, the plaintiffs contended that Tonique Oil Company is not indebted to Zenith Bank and any alleged indebtedness could only have been arisen as a result of the unconciousable and illegal acts of the bank’s officials in debiting the company’s account with astronomical and spurious interest charged.

Consequently, the plaintiffs contended that such interest charges are illegal and they contravened the Central Bank of Nigeria Monetary Credit and Foreign Exchange/Trade guidelines.

The plaintiffs financial consultant computed other charges that were passed into the account of the company, base on relevant policy circulars, guide to bank charges of Central bank of Nigeria and discovered that the bank excessively overcharged the company on interest on overdraft, COT, and VAT on COT, Management Fees, upcountry transfer fees, interest on commercial paper, foreign exchange purchases and letter of credits.

Consequently, the plaintiffs are contending that they are not indebted to the bank rather the bank has overcharged them to several billions of Naira.

Rather the plaintiffs urged the court to declare that Zenith Bank being a bank within the supervisions and control of CBN cannot charge interest on any facilities granted to them beyond the official approved policy rate of the Central Bank of Nigeria.

They are also urged the court not only to restrain Zenith Bank from selling their property pledged as securities for the loan but to also compel it to pay his company the sum of ₦6,441,369,617.73 billion, being the total excess charges debited into the company’s account by the bank and interest on the same amount at the rate of 21% per annum from the date of judgement of the court until final liquidation.

However, Zenith Bank in its statement of defence with statement on oath sworn to by Senior Assistant Manager internal control and Audit Department of Zenith Bank, Mr Vincent Ohanugo and filed by its lawyers, Mr. Ajibola Lawal-Akapo and others, denied almost all the plaintiffs’ claims and stated that the company was granted several loans which include: ₦2.5 billion regular commercial paper; $36 million import finance facility; $6, 648 million commercial paper/usance facility; $9million import finance facility via usance facility and $11million short term import facility of ₦500 million.

The bank also stated that the plaintiffs authorised Zenith Registrar Plc to take steps to purchase the shares of the bank on is their behalf, while also pledged 3.5million and 17,154,300 units of the shares respectively in favour of the bank and authorised the bank to sell them to recoup part of the credit facilities the bank granted them, therefore the allegation of unethical conduct, lack of competence and professionalism against it by the plaintiffs was made out of malice, confusions and frustration on the part of the plaintiffs.

The Bank also stated further that it did not enter any understanding with the plaintiffs to finance the construction of tank farm for the company.

The plaintiffs assertion that they are no longer indebted to the bank is a bare denial and therefore challenges the plaintiffs to provide evidence of payment of all the credit facilities availed to them by the bank.

The Bank therefore urged the court to dismiss the suit for been frivolous and it amounts to abuse of court process.

Meanwhile, Justice Faji upon conclusion of arguments from both parties counsel, on June 28, 2021, adjourned the matter till October 6, for adoption of final written addresses.