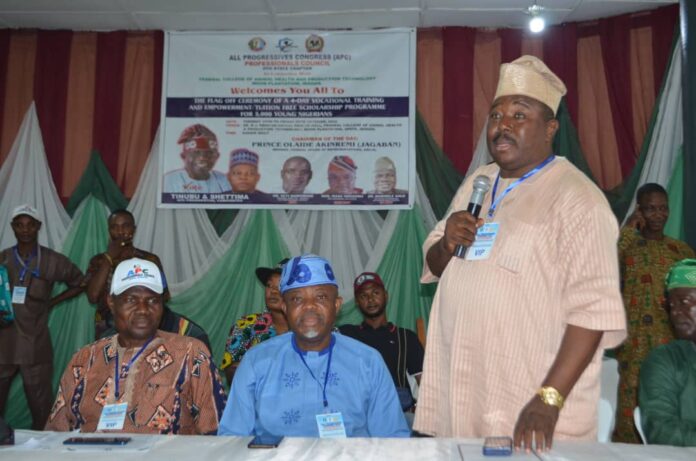 No fewer than 5,000 young Nigerians across the 33 local government areas in Oyo State have benefitted from the empowerment programme initiated by a support group of the All Progressives Congress (APC),Professionals Council in Oyo State. 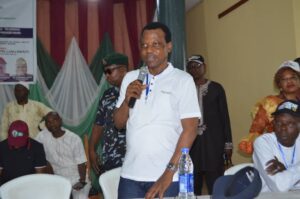 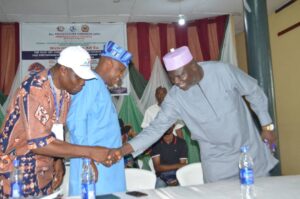 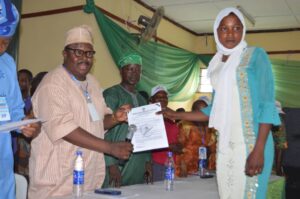 The beneficiaries who are mostly women and the youths had participated in a four-day empowerment and tuition free scholarship programme that run through Tuesday 25th October to Friday 28th October, 2022 wherein they undergone trainings in areas such as soap making, fish farming, digital marketing, crop farming, poultry and a host of others viable ventures while those who desire to go to higher institutions were given admission letters to run a tuition free programme at University or Polytechnic to achieve their academic ambitions.

The initiative which is a brainchild of the professionals council a foremost support group of the APC was held in partnership with the Federal College of Animal Health and Production Technology, Moor Plantation, Apata, Ibadan.

Speaking at the ceremony, the National Director-General of the Professionals Council, Dr Seyi Bamgbade said the initiative was designed with the cardinal objectives of keying into the federal government plans to move millions of Nigerians out of poverty and raise their standards of living which has continually demonstrated in several ways through various windows such as N-power, trader-monie, farm money and other interventions mapped out by the APC led government for the people.

Dr. Bamgbade hinted that this intervention will no doubt reduce the social vices and crimes to the barest minimum if more people are empowered and give access to education through tuition free scholarships to contribute to the development of the country.

He expressed his appreciation to the management of the Federal College of Animal Health and Production Technology for making it possible for the group to achieve in its assignment at training and empowering the unemployed Nigerians especially the youth.

In his remark, the Oyo State Coordinator of the professionals council, Dr. Bamidele Gold expressed happiness for the smooth running and hitch free exercise which he said has impacted the beneficiaries that participated during the training sessions.

Dr Gold thanked the national body of the professionals council for the empowerment opportunity it gave to unemployed youth in Oyo State which has afforded the participants an opportunity to gain new skills and secure admissions to higher institutions of learning.

They urged the beneficiaries to make judicious use of the interest free loan which shall be given to them as a start up grant for what they have been learnt.

Highlight of the ceremony was the presentation of admission letters to all the students that were offered scholarship while certificates of participation were also given to others that took part in the skills acquisition programme.